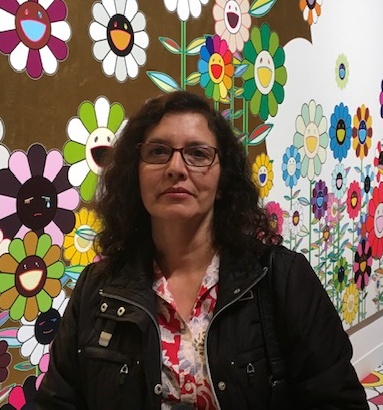 Dr. Alvarez worked at the Centro de Servicios de Computo at the Universidad Nacional Autonoma de Mexico from 1979 to 1980, worked at the Instituto de Astronomia from 1980 to 1981, and was a teacher assistant in mathematics (UNAM) from 1981 to 1983. She worked at Failure Analysis Associates from 1988 to 1990 in Risk Analysis and at the University of Wisconsin Madison from 1990 to 2004. She obtained a Ph.D. in Mathematics Education from Simon Fraser University in 2016. Dr. Alvarez currently works for the University of British Columbia. She is the first person in her family to finish college. She was the 2012 winner of the Adrien Pouliot Award, given by the Canadian Mathematical Society for significant contributions to mathematics education in Canada.

Although much of her focus is on working with First Nations students, Melania Alvarez also plays an active role in promoting mathematics amongst the general population. Each year, she helps organize Math Mania an elementary mathematics contest at UBC, runs a math circle for students in grades fourth to seventh, problem-solving workshops for students at elementary and secondary schools, math workshops for elementary and secondary school teachers and parents, and engages in active fund-raising to support a wide range of education activities. Alvarez also teaches the prerequisite math course at UBC to students who would like to become teachers.

Dr. Alvarez gained interest in helping disadvantaged minorities with mathematics from an incident of racial discrimination that occurred in Madison, where her sixth-grade son was placed in a lower-level mathematics track because of his Hispanic ethnicity. She moved to Vancouver in 2004 and began the PIMS Emerging Indigenous Scholars Summer School Program at UBC in 2007. At UBC, she is known for the summer mathematics camps she developed to improve the mathematical education of indigenous secondary-school students.

Besides her work with indigenous people, she has also been active in organizing mathematics outreach programs, workshops, and fundraising for mathematics education for the general public.

Dr. Alvarez’s advice to students is to: “show them who you are and the best that you can be.”

“An acknowledgment of a culture that enriches the lives of Latinx (Hispanic) and non-Latinx (non-Hispanic) people.”