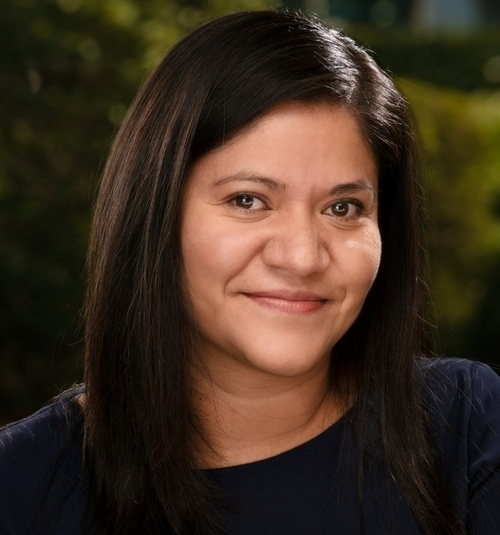 Dr. Luz Angélica Caudillo Mata's path started with chess at the age of 10 in Mexico. Her parents introduced her to this fascinating game. She fell in love with the game and started formal training with her coach, Antonio Rodríguez-Ortega. From age 10 to 19, she actively competed in multiple local and national tournaments, including four Youth National Olympics and one National University Championship, where she consistently ranked among the top seven in her category. In her senior high school year, she attended a science workshop and became intrigued by a career in mathematics.

Motivated by solving real-world problems using mathematics and computer science, she started her B.S. in Computational Mathematics at the University of Guanajuato in Mexico. During her fifth year, while studying in Spain with Lucas Jodar, she applied partial differential equations and numerical methods to model real-world problems through research. She was hooked! She went on to pursue an MSc in Computer Science and Industrial Mathematics at the Mathematics Research Center (CIMAT) in Mexico and a Ph.D. in Geophysics at the University of British Columbia (UBC) in Canada.

During her Ph.D. and Industrial Postdoctoral Fellowship (at UBC), Dr. Caudillo Mata worked with Eldad Haber’s and the Geophysical Inversion Facility research groups. These groups operate as Industry-Academia consortiums working in geophysical exploration. They exposed her to a wide variety of geophysical electromagnetic applications and provided her with a vibrant multidisciplinary environment to grow as a scientist. In the last year of her postdoctoral fellowship, she explored the applicability of deep learning methods for natural resource prospectivity problems, which motivated her to continue as an industrial researcher in Artificial Intelligence.

From 2006 to 2008, as a master’s student, she got an opportunity to attend Industrial Problem Solving Workshops (IPSW) in Canada. These hands-on workshops, organized by the Pacific Institute of the Mathematical Sciences (PIMS) and the Fields Institute for Mathematical Sciences, enable industry professionals, academics, and graduate students to collaborate towards solving real-world problems with mathematical content posed by both the public and private sectors. She realized that the Mexican academic and industrial communities could benefit tremendously from similar workshops adapted to address their own challenges. Consequently, while working as an academic technician at CIMAT in 2008, she co-founded the program “Taller de Solución de Problemas Industriales” (SPI) to connect academia with industry.

From 2009 to 2011, under her direction, the SPI program grew both nationally and internationally. In January 2010, the SPI addressed a problem for the USA Office of Naval Research (Asia Division). In August 2010, the first International IPSW was held at CIMAT as a joint effort of PIMS, CIMAT, and the Institute for Mathematics and its Applications (IMA). During this period, the SPI program connected 25 companies with 400+ Mexican academics, and it still continues to run in CIMAT.

Throughout her career, Dr. Caudillo Mata has got multiple opportunities to apply interesting mathematical concepts to real-world problems. At MDA, she is exploring Bayesian Machine Learning techniques to analyze time series of geospatial data acquired from multiple satellites for anomaly detection. At UBC, she explored the connections between neural nets and ordinary differential equations to train a deep learning model for aquifer prospectivity mapping. She also developed upscaling and multiscale finite-volume methods to simulate geophysical electromagnetic fields in highly heterogeneous media and fracking scenarios for oil reservoirs with conductive casing, which are crucial to the exploration of natural resources.

She has co-founded and co-organized several initiatives to connect industry with academia and increase the representation of Latinx in STEM. In 2011, she established a partnership between CIMAT and Mitacs Globalink to enable Mexican undergraduates to pursue research internships in Canada. In 2018, she started the Science Leadership and Management career-development series for graduate students and postdocs in the UBC Faculty of Science. She also co-organized the 4th gathering of Mexican Mathematicians in the World. Since 2020, she is a co-organizer of International Meeting of Artificial Intelligence and its Applications (RIIAA) in LATAM, where she co-founded the program CIRCOS.

Dr. Caudillo Mata reminds students that “strong communication and networking skills are important to have in order to be successful in one’s career. I would encourage them to develop these skills in a manner that feels authentic to them. Being able to communicate complex concepts to a variety of audiences is key in these types of jobs. They often involve interactions with diverse teams and clients. Some of the ways in which I often practiced these skills were getting involved in the student councils of the institutions where I studied and volunteering to organize seminars/conferences on the topics I found interesting. I would also encourage them to gain practical experience through internships or jobs. Throughout my studies, I had the opportunity of conducting seven fully-funded research internships, which helped me to become a better collaborator, gain new skills, and gave me clarity when I was a bit lost on what I wanted to work on.”

It is one of my favorite times of the year! (Fun fact: I actually had my Ph.D. defense on September 15, 2017! A great time to earn my academic independence and just in time to celebrate Mexico’s independence day on September 16.) While I celebrate being Mexican every day, it is fantastic to see encouraging conversations about the importance of Hispanic contributions to the world. I also love the visibility that accomplished Hispanics, from different walks of life, get during this period. I learn and get inspired by their stories.”