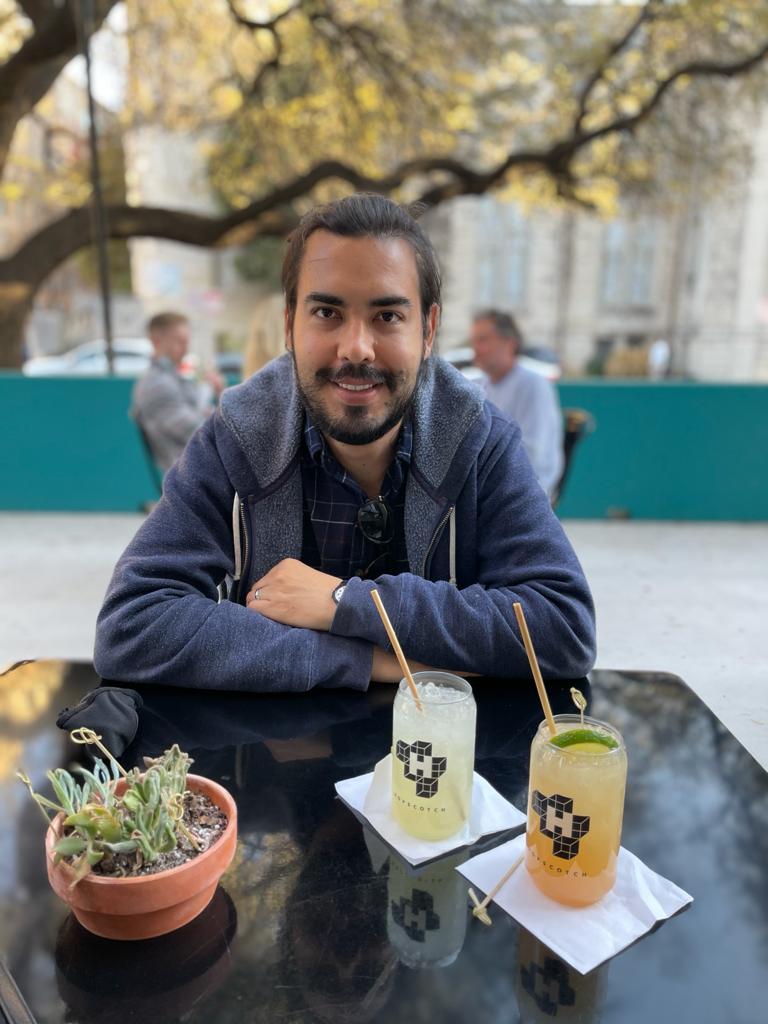 Luis Felipe Duque Alvarez was born in Medellin, Colombia, where he studied electronic engineering at the Universidad Pontificia Bolivariana. Early on, he was fascinated by the natural way computers and mathematics could be used together to solve interdisciplinary problems that came from physics, engineering, or business.

This fascination for interdisciplinary problems led him to work initially as a software engineer at Excelec (Medellin, Colombia), where he developed software for embedded devices and banking systems; afterward, he earned a master’s degree in mathematics from the Universidad Nacional de Colombia.

In 2012, Luis came to the United States where he completed a Ph.D. in partial differential equations and free boundary problems at the University of Texas at Austin, a fascinating field that studies, amongst others, problems such as the deformation of elastic bodies, propagation of heat, the melting of ice, and optimization of strategies in games.

Since 2018, after finishing his Ph.D., he went to the industry, initially to work at Indeed (Austin, Texas) and recently at Netflix (Los Angeles, California); since then, he has been working in the intersection of Machine Learning, Statistics, and Engineering to solve business problems that include budget optimization, revenue forecasting, recommender systems, and prediction of client success.

On advice for students seeking to work industrial jobs, Luis says, “On the one hand, the industry is ever-changing: technologies and ideas are getting obsolete all the time while new ones are emerging. Keeping an ongoing conversation and proactively networking with people in the industries you are interested in will help you anticipate changes and make better decisions about what to learn and what to let go.

On the other hand, there are pieces of fundamental knowledge like coding, calculus, linear algebra, probability, statistics, numerical methods, communication skills, and many others that are relevant today and will continue to be foundational blocks of tomorrow’s industry. College offers a fantastic and unique environment for learning those pieces of knowledge that are never going to be obsolete.”

“Since I was a teenager, I have admired artists from Latin America. Salsa, cumbia, tango, boleros, magical realism, painters, and famous journalists, not only were an inspiration, but they were also easy to find; more than that, they were everywhere: in the news, the tv, the newspapers, and in every other conversation. In contrast, finding scientific role models I could relate with was way harder; they were only in a few places: mostly in Universities. I think Hispanic Heritage Month is a great moment to highlight, remember, and find inspiration in the contributions that Latinx and Hispanics have made to society, especially in those areas, like in math and science, in which they have less visibility.”