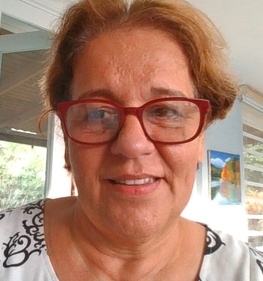 Ms. Eda Melendez-Colom has two bachelor's degrees: Agricultural Engineering Technology from Cornell University (graduated in 1977) and a B.S. in Mathematics from the University of Puerto Rico (1981). In addition, she obtained an M.S. in Computational and Applied Mathematics from Rutgers University (1985).

The greatest accomplishment in her career as an Information Manager of the Luquillo Experimental Forest Long Term Ecological Research Program (LUQ-LTER) was having developed, in coordination and collaboration with the Ecologists and other fellow Information Managers, a set of minimal documentation elements for all the data sets generated by the local and remote scientists of the Program. She collaborated with international information managers from Asia, Europe, and Latin America to extend this metadata document, which set the foundations for an online documentation application called EML (Ecological Metadata Language). Programming, data visualization, and summary were the most commonly used. Some basic statistical analysis was also performed on the data sets. Eda’s advice to students is to learn basic algebra, mathematics, and even some numerical analysis thoroughly!

“The United States of America is a conglomeration of cultures that is constantly evolving due to the effort made by the Americans in conjunction with all these cultures. When working together, this collaboration brings great results. I witnessed this as I worked with my fellow Americans in developing the metadata standards for documenting ecological data as a means to preserve and share data for future generations.”