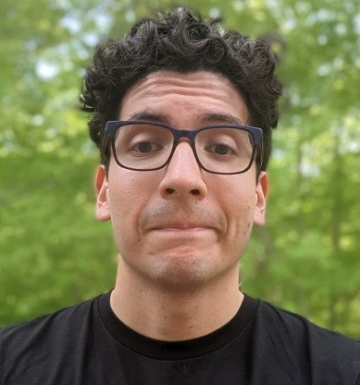 Dr. Diego Torrejón received his Ph.D. in mathematics from George Mason University in 2017. His dissertation research focused on modeling the coarsening process of polycrystalline materials via continuous-time random walk theory. During graduate school, he spent a year as a researcher for the National Institute of Standards and Technology (NIST), where he investigated the local structure of dipole glasses from molecular polarity vector fields. During his last year of graduate school, he accepted a data science internship position with the startup company OpenWhere. After graduation, he continued working with the startup as a machine learning engineer, implementing algorithms to solve natural language processing problems arising from news articles. OpenWhere was acquired in 2016 by global monitoring company BlackSky, where Dr. Torrejón has been working for the past five years to derive analytics and insights from satellite imagery utilizing state-of-the-art computer vision technology. Since 2018, he has joined the George Mason University Mathematical Sciences Department as an Affiliate Professor to teach deep learning with satellite imagery.

He was awarded the National Science Foundation (NSF) Graduate Research Fellowship in 2014. He received the GRC Carl Storm Underrepresented Minority Fellowship in 2015. He received the SIAM Student Chapter Certificate of Recognition in 2013 and the Best Poster Award at the Joint Mathematics Meetings in 2012. Lastly, he’s received multiple travel grants from IPAM, SIAM, IMA, GRC, and PCMI.

Outside of BlackSky, he collaborates with the University of Washington Department of Materials Science and Engineering to facilitate the analysis of microscopy samples. As part of this effort, he maintains the materials morphology python package m2py, which leverages differences in imaged material properties to recognize different material phases, as well as different domains and topographical features. This work uses statistical inference based on a Gaussian mixture model, traditional connected-component aggregation, and representation learning via unsupervised training of convolutional neural networks.

For students, Dr. Torrejon says: “In this time and age, knowing how to program is an essential skill required by most industry jobs. As an emerging mathematician, combining your analytical skills with the versatility provided by coding will differentiate you from other co-workers. Another piece of advice is to learn non-mathematical concepts from physics, material science, finance, economics, pharmaceuticals, etc. Even though mathematics is the universal language across all scientific fields, knowing the proper terminology and open-ended challenges in each domain will keep you a step ahead in industry.”

“Hispanic Heritage Month is a reminder to study hard, work smart, get ahead, and pursue your dreams; but don’t forget to keep the door open for others coming behind you.”