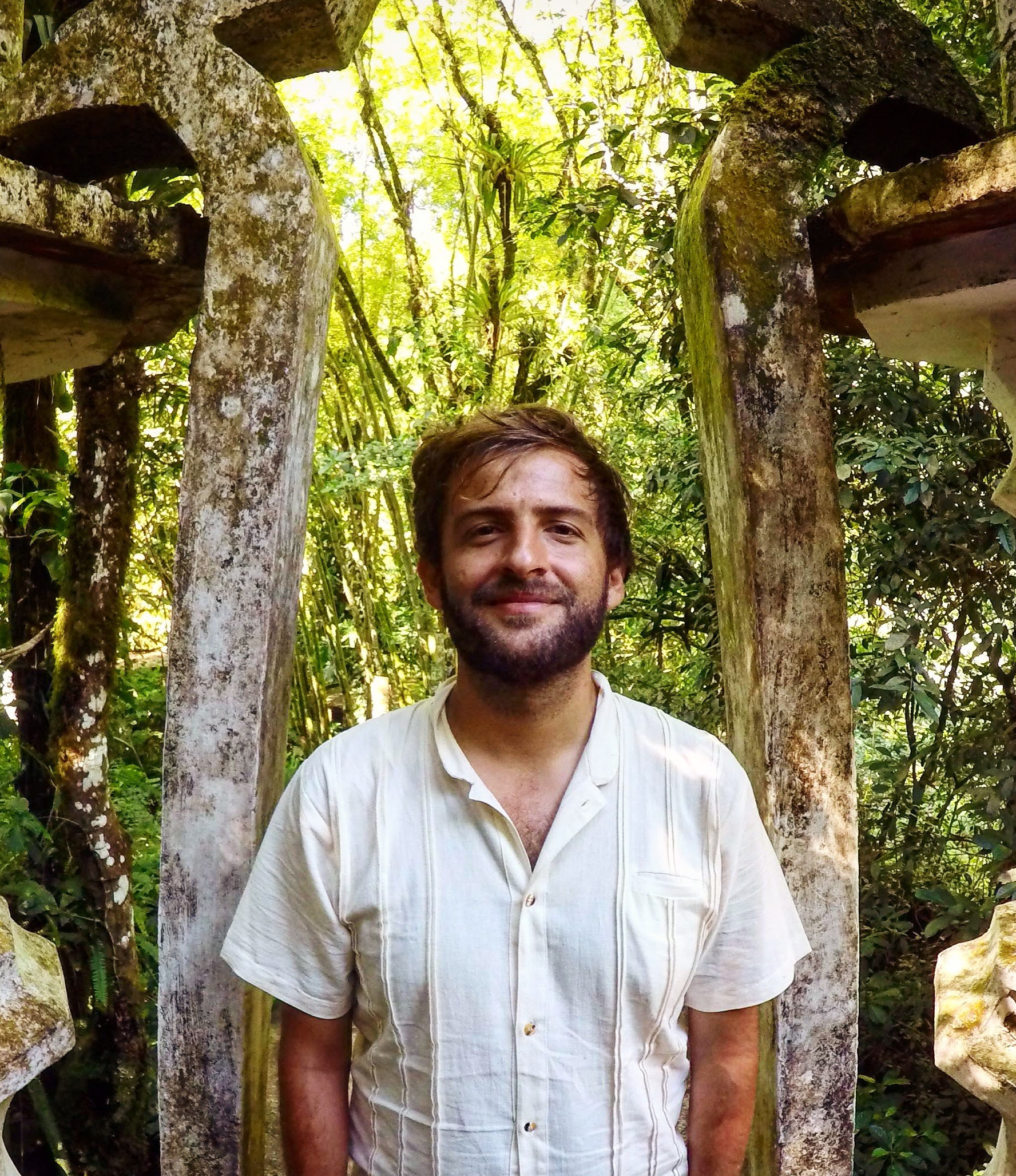 Dr. Benjamin Sanchez-Lengeling grew up in Guanajuato, Mexico. Studying through the public education system, he eventually decided to study Mathematics and Computer Science at the University of Guanajuato because he thought he wanted to make video games. During his undergraduate studies, he got accepted for a summer research stay at IPAM-UCLA where he worked on modeling placentas for Placental Analytics. This experience opened up his worldview on how math can be used to solve real problems and also communicated to the general public. This experience prompted him to pursue internships and research programs in other fields: genomics, chemistry, music, petrochemical, and synthetic biology. After his bachelor's degree, he pursued an Erasmus Mundus Masters in Quantum Chemistry based primarily in Valencia, Spain, and Toulouse, France.

Afterward, he worked for a year as a research assistant between William A. Lester Jr.'s lab at UC Berkeley and Michel Caffarel's lab at Université Toulouse 3 Paul Sabatier doing research on Quantum Monte Carlo techniques. He then got accepted to do a Ph.D. in Chemistry at Harvard University and decided to join Alan Aspuru-Guzik's lab where he worked on many applications and methods at the intersection of machine learning and chemistry. Along the way, he joined the Graduate Consortium of Climate and Energy and did a secondary field on computer science and engineering.

In his last year of his Ph.D., he did an internship at Google Research, working on Machine learning and Olfaction, and eventually converted into a research scientist. He continues to research at the end of deep learning, graphs, and molecules.

His research seeks to model interactions between molecules and their physical properties. A good way of modeling molecules is with graphs since we can see them as a collection of atoms and electrons that have different effects based on their relative distances. Some questions he is trying to answer are: how do we represent molecules, which are discrete objects (graphs), as continuous objects (vector spaces)? How do we build geometric spaces that have chemically relevant information? How do we explore them to find new materials (i.g. smell, solar cells, drugs)? How do we build tools to understand more about the relationship between the structure of a molecule and its properties?

For Dr. Sanchez-Lengeling education has been truly a transformative experience. He dedicates part of his time to two projects of which he is a contributor and also founding member: “Clubes de Ciencia Mexico” (CdeCMx, clubesdeciencia.mx) and RIIAA (riiaa.org).

Clubes de Ciencia pairs graduate students and researchers from Mexico and outside Mexico to teach a free week-long, hands-on science workshop to high school and graduate students. Since 2014, CdeCMx has served more than 6,000 students, 300 clubs across nine cities in Mexico. RIIAA is a LATAM-based AI conference with workshops and community activities. They are completing their fourth edition this summer.

Dr. Sanchez-Lengeling message for the new generation is: “There are many problems in the world (climate change, governance, energy systems, communication, education, etc.). Having a science-based undergraduate career will often arm you with the skills to solve problems with rigor and data. We need more leaders and actors in business, industries, and government that are guided by evidence-based policies. Therefore, I encourage undergraduates to consider these types of jobs. Sometimes the limiting step is not the science but institutions (e.g. widespread adoption of solar cells).”

“Hispanic Heritage Month is a call for reflection and remembrance of the culture and traditions that many Latinos share, along with all the hardships and challenges we have at present.”