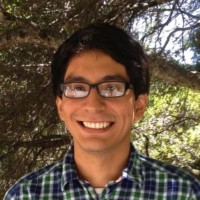 Adrian Mendez obtained his B.A. in Applied Mathematics with a concentration in Actuarial Science at the University of California, Berkeley, which allowed him to learn math, alongside probability and statistics. He had always been interested in math but had vaguely heard about the actuarial career path, which inspired him to take on that concentration. It helped that a lot of the background needed was statistics related. Although still not quite sure this was the career path he wanted to take, the coursework was interesting, so he continued with this track. Also, while in college, Adrian passed the first actuarial exam - of many - which was based on probability. The idea of becoming an actuary was always in the background, but Adrian had not quite decided to pursue this path while in or immediately after college.

After graduating, Adrian was not sure what career path he wanted to pursue, so he pursued various paths, such as tutoring mathematics and working in different roles within government. While they were worthwhile endeavors, the actuarial career path is what he ended up doing. This pursuit involved taking several actuarial exams, networking, and getting help with interviewing. He received a lot of interview help from his network in the Organization of Latino Actuaries (OLA) since the job search process hinges on the ability to nail the final interviews. After all this work, Adrian obtained his first actuarial analyst role at Humana, where he learned how to price health insurance plans. After a year and a half, Adrian moved on to work at Dearborn Group, where he works with the actuarial function pertaining to dental and long-term disability products.

At this point, Adrian is still early in his actuarial career, being in it for less than two years (at the moment of writing). He does anticipate becoming an Associate of the Society of Actuaries, the first milestone in the actuarial career, before the end of 2021.

Daily, actuaries are not always doing complicated math work; at least that applies for most actuaries. The math that Adrian does daily is more akin to calculating averages, such as the average cost of a procedure or cost trend. These all involve what would be considered basic arithmetic, but the challenge is in knowing which quantities to take the average of, which has more to do with actuarial judgment.

Adrian works closely with the Organization of Latino Actuaries in various ways. He has mentored career changers and recent graduates who are interested in becoming actuaries and has helped these OLA contacts obtain actuarial jobs. Additionally, he helped connect them with the Humana actuarial talent acquisition team and is working to connect his current company's actuarial talent acquisition team with OLA to create a pipeline for talent.

As for students seeking careers in the industry, Adrian says, “First and foremost, if any undergraduates are interested in becoming actuaries, please get in contact with  Organization of Latino Actuaries. They do a great job of getting young students familiar with the whole process of becoming an actuary and helping them out. The advice they'd give, on a high level, is to pass actuarial exams while in college, get an actuarial internship, and do case studies if your university has them.

If not interested in becoming an actuary, it'd still be a good idea to obtain an internship in the career track that you'd be interested in, whether it be in engineering or software development. Even if you are not going into academia, it is also a good idea is to do summer research programs since that can be valuable experience as well, not to mention it is usually paid experience.”