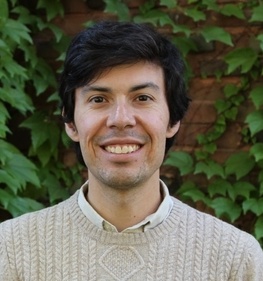 Tim Chumley was born and raised in and around Chicago, Illinois. He enjoyed math from early on, participating in the academic and math teams in high school. As an undergraduate at Marquette University, he initially intended to major in only computer science while taking math classes for fun and for the challenge they brought. By the time he was ready to graduate—a moment that he felt came suddenly—he realized that while he still liked computer science, he really wanted to spend his time on math. Feeling unprepared to move on, he stayed at Marquette two more years to earn a masters degree. This was a formative time for him. His mentors there helped him strengthen his math background, found time to get him research experience, and watched and gave feedback on his teaching. By the time he was applying to PhD programs, Tim felt excited for a future that involved both doing math and teaching it. Tim went on to earn his PhD in 2013 from Washington University in St. Louis. From 2013 to 2016 he was a postdoc in the Department of Mathematics at Iowa State University, supported by the NSF through the Alliance for Building Faculty Diversity in the Mathematical Sciences postdoctoral program. Since 2016 he has been an assistant professor of mathematics at Mount Holyoke College.

Tim is interested in probability, dynamical systems, ergodic theory, and applications to mathematical physics. More specifically, much of his work has been centered on the study of random billiards. As opposed to classical billiard systems, where one studies the dynamics of a particle traveling in a spatial region with boundary in which boundary collisions obey the specular law of equal angle of incidence and reflection, in random billiards one replaces the specular law with a random reflection law and the model of interest is a Markov chain. A motivation for studying such systems is that the random reflection law can serve as a model for microscopic structure along the boundary of a macroscopic billiard table. Such a set up makes the study of transport phenomena—an area of central interest in the physical sciences and engineering—amenable to both analytic and computational study. Tim’s work has focused on proving probabilistic limit theorems for these models, as well as developing techniques for their study through simulation and numerical analysis.
‍
Tim’s work as a teacher has focused on making math at all levels accessible to students from all backgrounds. He tries to make his classroom active, encouraging students to develop their intuition, see the beauty of mathematics, and mature as thinkers, problem solvers, and communicators. He strives to get his students to see that the lines between subject areas in mathematics and statistics, both pure and applied, are blurry. Working at a liberal arts college for women that is gender diverse and has a large international student body, Tim’s hope is to encourage the participation, in any form, of more underrepresented people in the mathematical sciences. Looking to all the great mentors he’s had for inspiration, as well as his experience as a first generation college student, he hopes to do everything he can to be there for his students.

Hispanic Heritage Month means a lot to me. Like a lot of mixed race people, I believe, I grew up and continue to feel unsure of my identity. I grew up surrounded by Mexican culture, speaking Spanish at home, spending a lot of time in Mexico with my grandmother, aunts, uncle, and cousins, and generally feeling proud to be Latino. However, externalities like my name and appearance have left me in a liminal space, unsure of where I fit. I know these externalities bring with them privilege but they can also mean that one feels unseen. I’m proud of the inclusivity of Hispanic Heritage Month, and I’m deeply proud to be recognized by Lathisms.