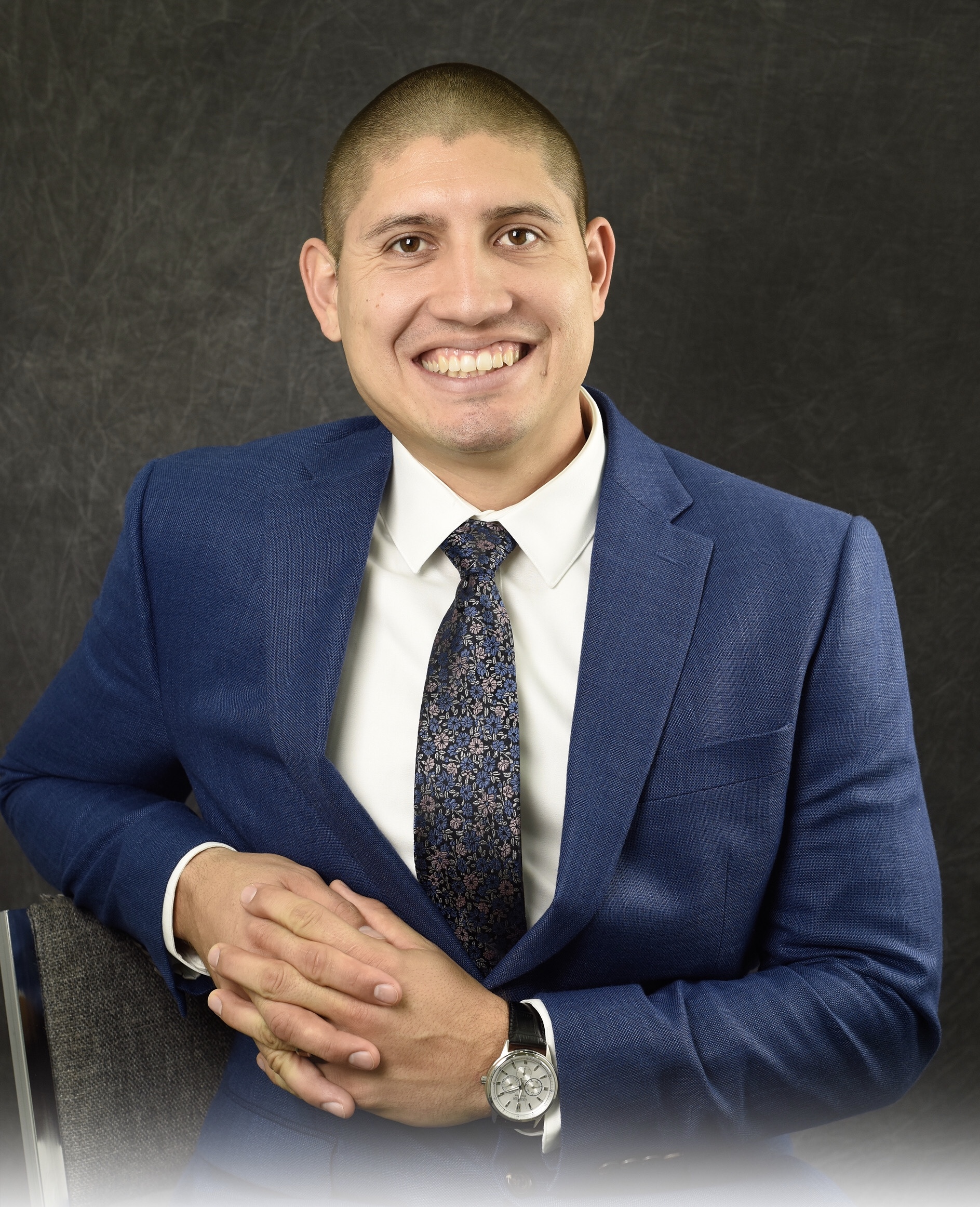 Ryan, Jr is a first generation college student from Rialto, California. He is one of three children to Ryan, Sr and Irene. He has two younger siblings; Jennifer, 3 years younger, and Catherine, 13 years younger. Jennifer is currently working towards her ASL (American sign language) degree, and works with preschool students. Catherine attends Oberlin college, and is working towards a degree in Biology and attending medical school. Ryan grew up enjoying sports, which continues today with playing basketball during the week. Ryan also spent significant time playing with this cousins and at his grandparents house eating his grandmas homemade food. His memories include walking into the kitchen, hearing Vicente Fernandez from a small radio on the table, and smelling fresh tortillas being made. Still to this day, that setting is the same when he visits.

Ryan has been married to his partner, Bree, for 8 years which began 15 years ago in high school. They have two kids, one age 5 and one age 3. One of the things Ryan is appreciative of is his kids keeping him living in the moment.

Ryan gained confidence in his own mathematical ability while in middle school as he helped his grandma pass algebra at a community college. He entered college as an engineer but a discouraging experience made him switch from engineering to mathematics relying on that confidence in math and thinking he would be a high school math teacher. Navigating his college experience, he received his masters which led him to attend the graduate math program at UC Riverside. After a teaching postdoc position at Ithaca College, he is now at California at CSU East Bay as an assistant professor.

Ryan’s educational journey has been impacted most by those teachers that made math more accessible and gave him the confidence to be where he is today. Those lessons are his motivation in being an educator to enable more students to be successful in the mathematical sciences. His experiences keep him mindful about ensuring each student grows as an overall learner and mathematician along with being submersed in a positive and enlightening mathematical environment. Continuing his work towards a more equitable mathematical community and towards helping students believe in their ability to do math, he aims to challenge the usual preconceived idea of math as an innate trait.

He wants each student to have a positive mathematical experience through interactions with him and their classroom. His approach with students is adaptable and fluid, maximizing the potential of every learner. Incorporating projects, students voices, and student experiences to the classroom all contribute to making a successful classroom experience. Outside of the class, he is aware his experiences and interactions with students can shape their future in the mathematical community. Therefore, he is always adjusting and growing as a teacher. He wants to provide students he teaches with the skills to elevate their mathematical education, and inevitably improve their successes as mathematical achievers.

Ryan’s mentoring and service work stems from his own K-12 education in a low socioeconomic, ethnically diverse school district. As a K-12 student, he was successful in mathematics, but saw many of my peers fall by the wayside. He has reflected about how and why he has been successful in this field. His experiences provided him with tools to continue to grow in supporting and mentoring all students.

While an undergraduate, Ryan was a teaching assistant in Hacienda Heights, CA where he was involved in the students math education in the classroom, showing them it is possible for someone with a background similar to their own to be successful with advanced mathematics. During that time, he also worked at a learning center with K-8 students that were underachieving in math. He had the joy of seeing students love for math grow as they gained proficiency in the subject.

Ryan believes supporting students on campus and in the community is important towards achieving the goal of equity in mathematics. While at UC Riverside, he became involved in the Chicano Peer Link Mentor Program, which pairs Chicano students to provide a community on campus, easing the transition into undergraduate or graduate education. He is an active mentor of the National Math Alliance, which seeks to increase the number of minority students entering PhD programs in the mathematical sciences. He organized a math circle type program in Ithaca at a local community center and at an elementary school in Rialto, CA for underserved 4th/5th graders to explore math outside the curriculum and grow the excitement of our field.

Hispanic Heritage month is the time that we should truly reflect on those that laid the groundwork for our future. Members of our family and community that sacrificed much while contributing to our society. We should be mindful of the work they put in, and the amount of work we need to continue to put in so that others after us can rise even further.