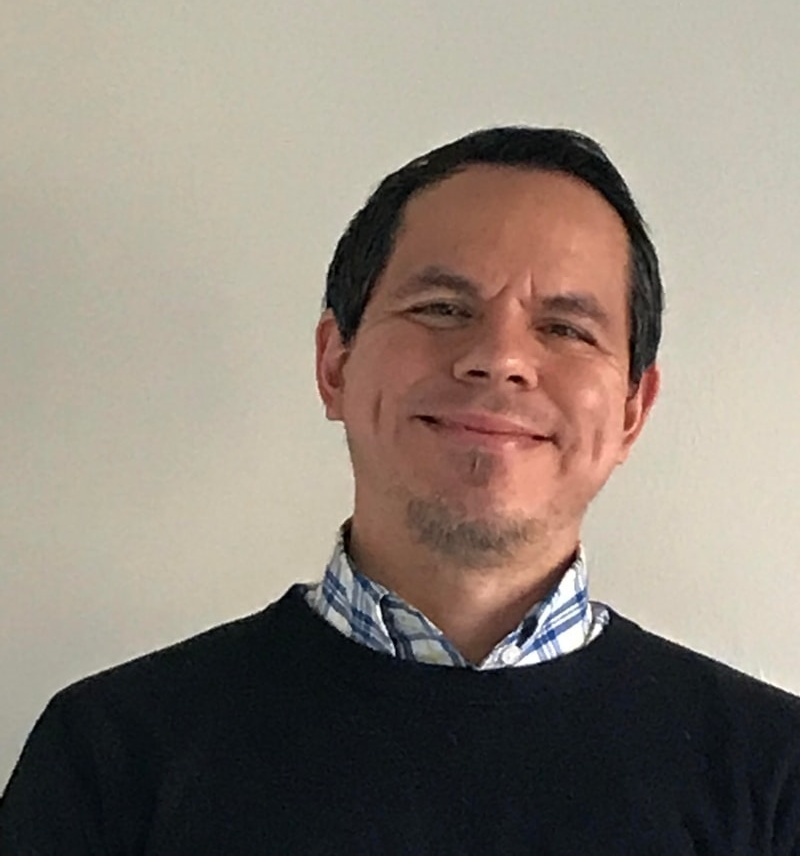 Ralph was born and raised in the Central Valley of California. A profoundly life changing experience happened to Ralph when he was about the age of eight or nine. He would accompany his older sister and mother to the county jail to visit his oldest brother who was incarcerated there. Ralph distinctly remembers witnessing the visible heartbreak on his mother’s face during each visit to see his brother. It was during this time that he made the conscious decision to lead a life which was the exact opposite of the kind of life led by his brother. In doing this, he hoped it would alleviate some heartache for his mother. Thus, Ralph stayed out of trouble and embraced education wholeheartedly. Upon graduating high school, Ralph enrolled at West Hills Community College. As a college student, he began to be very excited about learning science and mathematics.  After two years there, he transferred to UC Santa Cruz where he earned a BA in mathematics.  He stayed there after graduation and earned a master’s degree in applied mathematics as well. Ralph then returned to West Hills Community College to teach there for a year as a way of thanking the institution for providing him with educational opportunities. Subsequently, Ralph moved to the University of New Mexico where he earned a PhD in mathematics (with distinction) under the supervision of Charles P. Boyer. Ralph finished his degree in five-and-a-half years and accepted a visiting professorship at Swarthmore College in 2008. Ralph is now an associate professor of mathematics and statistics at Swarthmore College.

Ralph’s main area of research is understanding geometric structures on manifolds. One strand of his research involves using Sasakian geometry to show the existence of Einstein metrics on certain odd dimensional manifolds. This approach implements tools from algebraic geometry, differential geometry and topology. The other strand of Ralph’s research involves understanding the properties of a new kind of geometric structure called generalized contact geometry. Ralph has always been most attracted to mathematical questions that are inspired from theoretical physics.

Ralph teaches courses across the undergraduate mathematics curriculum ranging from introduction to mathematical thinking courses for non-science majors all the way to advanced mathematics seminars on differential geometry and analysis. No matter what course it is, he tries to help the student discover the mathematical idea as if it were being discovered for the very first time. Often, this involves motivating a mathematical idea from a purely historical point of view. With these approaches, Ralph hopes the student can see the earth-shattering beauty of the subject.

Ralph tries to support students in any way that can deepen their mathematical understanding and strengthen their mathematical confidence. Whether it is taking students to conferences, leading independent reading courses or participating on panels on underrepresented groups in STEM, Ralph cares deeply about getting students to find their path to succeed. Furthermore, in 2019 Ralph taught in Swarthmore College’s Teachers as Scholars program, which was a two-day seminar which exposed select K-12 teachers in the surrounding Swarthmore area to exciting ideas in mathematics. Also in the summer of 2020, Ralph will be one of the faculty members participating in Swarthmore Summer Scholar’s Program. This summer program sponsored by Swarthmore College selects certain incoming first-year students who are first generation/low income or members of underrepresented groups and interested in STEM, and exposes them to aspects of college life and academics. These students are then able to more swiftly acclimate to Swarthmore college life for the coming fall semester. He is extremely excited to be teaching in the program this year.