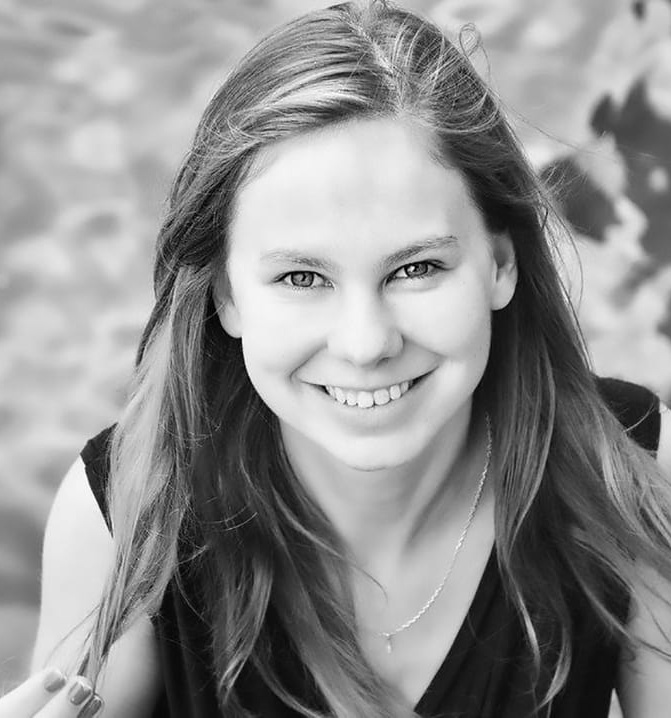 Laura was born and raised in La Plata, Argentina.  Her mother, Patricia Massolo (1950-1993), was a nuclear physicist and her father, Fidel A. Schaposnik, is a theoretical physicist working at the University of La Plata, UNLP. She grew up with her brother, Fidel I. Schaposnik, who is a postdoctoral researcher in theoretical physics at IHES, France. The daughter of two physicists, she spent her childhood surrounded by science, travelling around the world for her parents' conferences and work trips, and discovering the importance of collaborations among people from different origins. In particular she learned to appreciate the importance of scientific research and acquired a passion for mathematics, both of which she tries to nurture within her students.

During her early years, Laura dedicated her time to studying music at the Gilardo Gilardi Conservarory of Music and Mathemtatics at the National University of La Plata (UNLP). After receiving her degree of Licenciada en Matemáticas from the UNLP, she decided to pause her music studies and move to England, where she obtained her DPhil from the University of Oxford with a prestigious Clarendon Scholarship. After graduation she was post-doctoral researcher at the University of Heidelberg and the University of Illinois at Urbana Champaign, and she received a Humboldt fellowship which she held at FU Berlin and the University of Oxford.  She moved to Chicago to take up a faculty position at the University of Illinois at Chicago (UIC) in 2015, where she is currently an Associate Professor. Since moving to Chicago she has been much more in touch with Latinx matters, realising the importance and impact that ones' efforts may have. Laura currently lives in Chicago with her husband (a theoretical physicist), and her 2 year old son, and is eagerly awaiting the arrival of her second son in the Fall.

Laura's research focuses on the study of the geometry and topology of the moduli spaces of decorated bundles,   especially Higgs bundles and Hitchin systems, and geometric structures they parametrize.  In the last few years she has made significant advances in the study of subspaces of this moduli space, known as branes. Research on the moduli spaces of Higgs bundles has yielded connections between fundamental areas of mathematics and theoretical physics, blending ideas from algebraic and differential geometry, Lie theory,representation theory, and string theory. Her work is focused on understanding branes of Higgs bundles parametrizing interesting geometric structures, and through which dualities relating different branches of mathematics can be discovered.  Her work has appeared in the Journal of Differential Geometry, Transactions of the AMS, Communications in Mathematical Physics, Advances in Theoretical and Mathematical Physics,  Proceedings of the Royal Society A,  among other outlets. Schaposnik was recently featured in Notices of the AMS (May 2020) where she introduced her research area and some of the recent applications Higgs bundles have had within different areas of mathematics and physics, accessible at https://www.ams.org/journals/notices/201807/rnoti-p791.pdf

Laura's research interests also span applications of geometry within different areas of science, as well as the understanding of human behaviour. She has published papers on a range of mathematical applications including the study of the structure of icosahedral viruses, the growth of crystals, the propagation of diseases and the spread of rumours. Her works have been featured in the MIT Technology Review, the Chicago Tribune, the Atlantic, and the Week, among others. More recently she has been using machine learning to understand the relation between different strata of society and colour perception.

Laura has been involved in teaching and outreach activities for over a decade, but her passion for teaching began much earlier. When she was 12 years old, Laura took her "first job" encouraged by her father, as a mathematics tutor for primary school children of family friends. Soon after, with the internet boom, she continued teaching online through Latinhires, a company that hired Latinxs to work for U.S. companies. It was an interesting experience, if not only because it allowed her to see first hand the different treatments andremunerations people from different countries received, regardless of whether their education was actually the same.

During her undergraduate and graduate studies Laura taught classes as a teaching assistant in Argentina and then as a Stipendiary lecturer at the University of Oxford. In Oxford she performed one-to-one tutorial teaching, which was the perfect setting to learn different ways in which students could be kept motivated and engaged, and at the same time, understand the particular needs and teaching styles that different students have.

Since arriving to the United States, Laura's educational efforts have had two interrelated driving themes:  the inclusion in the mathematical community of under-represented minorities, and the development of new material to educate both K-12 students and undergraduates. In particular, she has supervised several researchprojects through MIT's PRIMES program, for which she looks into applications of geometry within chemistry, biology and physics. Through these projects, her students have been named National Finalist and Semifinalists in the Siemens Competition, Regeneron Scholars and JHSH National Finalists amongst others.

Laura has been mentoring through informal meetings, teaching, and outreach activities for over a decade. In particular, her efforts have been focused on contributing to advancements in diversity within the community. She has been an active member of the Association of Women in Mathematics (AWM), which she represented within the Joint Committee on Women (including as co-chair), and has volunteered to be academic jury for different student competitions across the world.

Within her research, she has focused on organizing workshops in cooperation with the AWM and conducting graduate mentoring. Moreover, together with her husband she has organized weekends for school girls to learn about mathematics and physics, and has supervised award-winning research projects for high-school students since arriving to the USA. Whilst much of her efforts are put towards the inclusion and mentorship of women and members of hispanic communities (being the two minority communities she belongs to), she has also contributed to the inclusion of other underrepresented groups within her events and activities.

Since female and hispanic graduate students sometimes lack role models from which to learn, she has taken an active role in advising and mentoring them. This has sometimes been done within the framework of an institution, but most often she has acted independently advising students on career plans, sharing research strategies, and inviting them to visit/speak at her university.  She has also been very active giving lectures at schools for undergraduate women,  and is currently co-organizing GROW 2020 (Graduate Research Opportunities for Women 2020), which is one of the largest events for young women in the country.

Hispanic Heritage Month has always served as a great setting to showcase the efforts and accomplishments of Latinxs, as well as the barriers to achieving success. This is especially pertinent in the midst of the COVID-19 epidemic, and the varied approaches of different countries and social groups to this crisis. In particular, it has made me proud to be from Argentina: a country where the guiding philosophy has been that the economy can eventually recover, but lives lost can never be brought back. I believe Argentina is providing a clear example of how a country can flatten the infection curve.