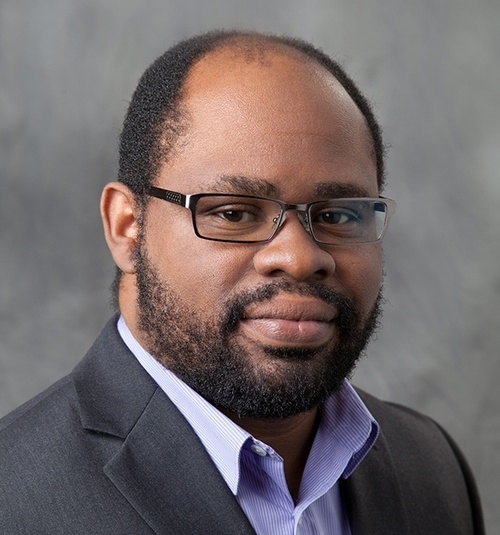 Jose Perea was born in Cali, Colombia; a city affectionately known as “La Sucursal del Cielo”, “La Capital Mundial de la Salsa”, and a melting pot of indigenous and afro-caribbean cultures. He attended Universidad del Valle from 2006 to 2011, earning a Bachelor’s degree in mathematics (summa cum laude and valedictorian) with a focus in algebraic topology (laureate thesis). Jose’s PhD degree is from Stanford University, where he started his research on applied and computational topology; a rapidly-growing field at the intersection of pure and computational mathematics, borrowing ideas from topology to solve real problems in science and engineering. After Stanford, he joined the math department at Duke from 2011 to 2015 as a Visiting Assistant Professor, with a brief stint in 2014 as a member of the Institute for Mathematics and its Applications (IMA).  He is currently an Assistant Professor at Michigan State University, with dual appointments in the Department of Computational Mathematics, Science & Engineering (CMSE) and the Department of Mathematics. His work at MSU has been supported by DARPA, the National Science Foundation, and a 2020 NSF CAREER award.

Jose’s research is in applied and computational topology, where he uses techniques from algebraic and geometric topology to solve problems in data science. His work has helped introduce the use of topology in the analysis of time-varying data, with applications to understanding the dynamics of complex biological systems, the bio-mechanics of voice from laryngeal video-endoscopy recordings, and the prediction of manufacturing errors in engineering applications. His work in machine learning, specifically in dimensionality reduction, has shown how classical topological techniques like Hodge theory and the classification of fiber bundles, can be used to visualize and make sense of complex data sets.

Jose’s teaching philosophy is based on what stirs his passion for mathematics: going from utter confusion to understanding, making unexpected connections to previous knowledge, and prioritizing discovery through example-based learning. He has repeatedly witnessed the value of students achieving learning milestones at their own pace, and the advantages of heuristics versus strict rigor. In the current research climate in particular, where computational ideas are entering areas which were historically thought of as “purely theoretical”, he sees an invaluable opportunity to integrating computation, experimentation and active-learning formats into the teaching of advanced mathematics. Jose’s pedagogical efforts have been recognized, for instance, with the “top 5% teachers at Duke” award.

Jose’s mentoring efforts are rooted in his belief that there is no “i” in success. That, by and large, most perceived personal triumphs have many people behind them, conspiring to help just because they could. In this vein, he has helped mentor students from all levels, from high school to grad school, as well as postdoctoral researchers, and he continues to help build research communities by co-organizing grad student research conferences, REUs, workshops and mini-courses in the mathematical sciences.

At least for me, Hispanic Heritage Month is an opportunity to celebrate the things that make latin@s so warm and fun to be around: our music, heritage, food, wit and culture. It is also an opportunity to reflect on the structural inequalities and oppression that have plagued the latin community -- both in our own countries and abroad -- and how we as academics, from our own positions of power, can help bring about positive change.