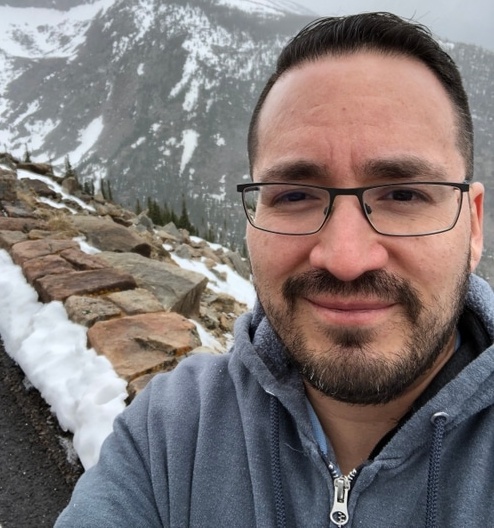 Javier Alejandro Chávez-Domínguez is an Assistant Professor of Mathematics at the University of Oklahoma. He was born and raised in Guadalajara, México, in a family that always emphasized the importance of education. Having been fascinated by science in general since childhood, he was fortunate enough to attend a high school with a strong extra-curricular math program that led him into the Math Olympiads. These contests showed him the beauty of the subject and provided a community where he felt right at home, so becoming a mathematician was an easy choice to make.A generous scholarship from the Centro de Investigación en Matemáticas (CIMAT) allowed him to attend a strong mathematics undergraduate program, obtaining a B.Sc. from the Universidad de Guanajuato in 2004. Afterwards he received an M.Sc. from the Universidad Nacional Autónoma de México (UNAM) in 2006, and then he moved to the US where he earned a Ph.D. at Texas A&M University under the direction of William B. Johnson in 2012. Before arriving to the University of Oklahoma, he held positions as an R.H. Bing Instructor at the University of Texas at Austin and as a Severo Ochoa Postdoctoral Researcher at the Instituto de Ciencias Matemáticas (ICMAT) in Madrid, Spain.

Chávez-Domínguez’s research is in functional analysis, with a particular emphasis on the geometry of normed spaces. Since such spaces possess both a linear structure and a metric one, they provide a useful framework for modeling types of real-world data where it makes sense to add things up; the norm is a way to rigorously quantify various characteristics of the data such as its overall “height” or “width”, or the intensity of the variations within it. Once we are modeling a specific situation, the geometry of the normed space in question can have practical consequences: as an example, Chávez-Domínguez has worked on relating certain geometric parameters of normed spaces with the stability of a standard method for low-rank matrix recovery, the sort of technique that is behind online recommendation systems which suggest a movie or product in which one might be interested.He also likes to explore situations where one can achieve the desired goal regardless of the particular normed space being considered. Frame theory is a popular model for signal processing, where in a nutshell we gain advantages by instead of using a basis for a vector space, we throw in extra vectors to create redundancy. In this setting, it is typically assumed that the space is “round”: that is, Euclidean. Some of Chávez-Domínguez’s work is dedicated to showing that portions of frame theory actually work in any other normed space, even if it is “pointy”.Another area of his research is the geometry of operator spaces, which are a quantum or noncommutative version of normed spaces; these are related, for example, to Quantum Information Theory. The study of which geometric properties of normed spaces do or do not have a quantum counterpart is a subject he finds fascinating.

Having gotten into the subject through the Math Olympiads, Chávez-Domínguez’s approach to the teaching of mathematics is strongly rooted in problem-solving and this is always highlighted in his classes. The particulars of integration techniques, or the various methods used to solve differential equations, will most likely not stay with the students over the long run. However, a methodical approach to solving a problem by examining where we are starting, where we want to end, and systematically thinking about which of the available tools at our disposal may be used to bridge the gap in between, provides an analytical framework whose usefulness extends far beyond mathematics itself.One of his favorite classes to teach is Introduction to Analysis, in spite of its bad reputation as one of the hardest courses in the undergraduate curriculum. He finds the problem-solving attitude to be particularly well-suited for this class where the students have limited experience with proofs, since the orderly approach helps demystify the proof-writing process. He also still vastly enjoys the teaching of problem-solving specifically for competitions, particularly by conducting preparation sessions for the Putnam Mathematical Competition at the University of Oklahoma.

Chávez-Domínguez strongly believes that mathematical research, even in pure mathematics, is much more accessible to undergraduate students than it may appear at first sight. By giving them simplified versions of problems and nudges in the right direction, motivated students can start proving original results in a relatively short amount of time. The experience is quite enriching for all kinds of undergraduates, regardless of whether or not they go on to graduate school, and most importantly it reveals to them that they can contribute to the discipline in addition to learning from it. This forever changes their relationship with the subject, because it is now a two-way street instead of something that is only handed down to them. As a bonus, Chávez-Domínguez also finds the mentoring of undergraduate researchers to be personally extremely satisfying. More generally, he finds joy in a variety of other ways in which he can be of help for the mathematical journeys of others; for example, by judging undergraduate poster competitions, mentoring postdocs in both teaching and research, or teaching a special class for an incarcerated student.

For me, Hispanic Heritage Month is an excellent opportunity to stress the immense power of role models. When I was a teenager, I learned that another student from the same high school had gone on to get a Ph.D. in mathematics in the US. This seemingly innocuous bit of information completely changed my life, because it instantaneously gave me the certainty that such a path was possible for myself. One of the greatest privileges of my professional life is the possibility of inspiring younger generations, by being living proof that their dreams can be achieved.