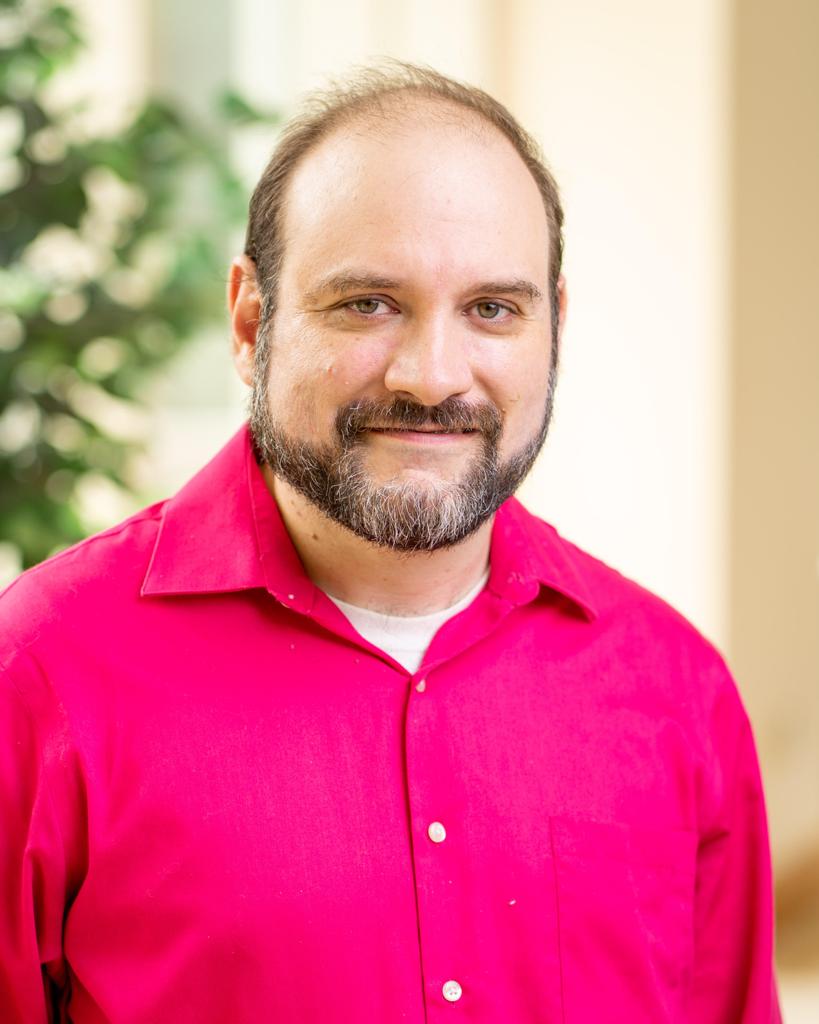 Dr. Sosa Castillo was born in Barranquilla, Colombia. The oldest of three siblings, his mother dropped out of college, one semester short of obtaining a bachelor’s degree in accounting, after giving birth to him. His father, who emigrated from Costa Rica to Colombia, worked as a musician, ice cream server, and other miscellaneous jobs, until he became a bar owner and oversaw, over the span of fifteen years, the construction of a small convention center in the beach town of Santa Veronica.

Dr. Sosa Castillo decided to pursue a career in mathematics after two years of participating in Mathematical Olympiads representing Colombia in 1996 and 1997. His participation would not have been possible without his father’s considerable financial investment at a time where both of his businesses were operating at a loss, and his mother’s health had deteriorated after living with lupus for over ten years.

Dr. Sosa Castillo moved to Costa Rica, where he attended Universidad de Costa Rica, and lived with the family of his youngest uncle during his freshman and sophomore years. He came out as gay during his sophomore year in 2000. His coming out led to a hostile environment from some of his classmates; this, coupled with financial instability, led him to drop out of college. One of his professors helped him get a job as a middle and high school math teacher at a private bilingual school, where he worked for eight years. From 2004 to 2008, he worked full time and studied part time until completing his bachelor’s degree and saving money to apply to graduate school in the States and cover his first-year expenses.

Dr. Sosa Castillo works on Computational and Combinatorial Commutative Algebra. His research focuses on properties of monomial and binomial ideals, and the algebraic structures associated to them. He currently studies Rees and multiRees algebras of monomial ideals, with an emphasis on monomials ideals that satisfy the strongly stable condition, also known as a Borel ideals. In particular, he is interested in determining monomial orders, or the existence of such monomial orders, that guarantee specific properties, such as squarefreeness and/or generation on degree 2, of the minimal monomial generators of the initial ideal associated to the defining equations of a Rees, or multiRees, algebra. He is also interested in the Koszul property of graded algebras and devising alternative methods to detect Koszulness. His research is aided by the computational mathematical software Macaulay 2 and involves combinatorial objects such as invariants, posets, graphs and digraphs.

Dr. Sosa Castillo had the privilege of participating in Project NExT (New Experiences in Teaching) as a green 2016-2017 fellow. This experience cemented his desire to increase the mathematical literacy of the general population. Dr. Sosa Castillo favors focusing on the conceptual understanding of math over the ability to compute. In courses for math majors such as Discrete Mathematics, Graph Theory, Abstract Algebra and Geometry, he favors the use of reading reflections, collaborative group activities and in depth interviews, techniques that he learned from David Bressoud, Alissa Crans and Kathleen Heid, respectively, during workshops sponsored by Project NExT at the Joint Math Meeting and MathFest. Additionally, Dr. Sosa Castillo believes in the importance of using computer graphic software, such as Mathematica, Grapher for Mac and CalcPlot3D, in the teaching of Calculus courses.

Currently, Dr. Sosa Castillo is focusing on successfully transitioning to an Inquiry Based Learning model in service courses, such as calculus, an area which has proven challenging for him.

Dr. Sosa Castillo believes in paying forward. From 1998 to 2001, he trained, ad honorem, the team of students that represented Costa Rica at the Iberoamerican Mathematical Olympiad. While at Purdue University, Dr. Sosa Castillo acted in 2010 as one of the Graduate Student Representatives for the Mathematics Department at Purdue University, as the president of the Purdue chapter of the National Organization of Gay and Lesbian Scientists and Technical Professionals (NOGLSTP) from 2011 to 2012. He organized the Student Commutative Algebra Seminar from August 2012 to May 2013, then co-organized it with Jonathan Montaño until their graduation. In 2017, Montaño and Sosa Castillo co-organized the SACNAS (Society for the Advancement of Chicanos and Native Americans) session “Commutative Algebra: Intersectionality, Geometry, Combinatorics and Computation.”

After participating at USTARS (Underrepresented Students in Topology and Algebra Research Symposium) in 2013 and delivering the Distinguished Graduate talk “The many applications of Gröbner basis” at USTARS 2014, he co-organized USTARS, acting as the local organizer, at Amherst College in 2017.

Dr. Sosa Castillo credits Edray Goins, who organized the Women of Color Seminar Series during Summers at Purdue University, as an inspiration, and first mentor, on thinking about diversity issues in the mathematical sciences. It was during these seminar series where he met Pamela Harris, Candice Price, and Alejandra Alvarado, three women who have done outstanding work in promoting diversity in the mathematics profession and who Dr. Sosa Castillo thanks for their mentoring. In February of 2016, he cofounded LATHISMS with Alexander Diaz Lopez, Pamela Harris, and Alicia Prieto Langarica, after looking for AMS resources highlighting the achievements of African American and Black mathematicians to celebrate Black History Month at their respective institutions, and realizing these resources existed neither for Black nor Hispanic/Latinx mathematicians. Dr. Sosa Castillo left his leadership position in LATHISMS in February of 2019.

“Hispanic Heritage Month is an excellent opportunity to bring to the forefront the contributions of the Hispanic/Latinx population living in the United States. It also serves to highlight the disparity of opportunities available for Hispanics and Latinx individuals who were born, or immigrated to the States as children, when compared to those of us who were raised elsewhere. It is our (the Hispanic/Latinx community in the mathematical profession) duty to pay it forward by devising, investing and participating, in programs to ensure the success of Hispanic and Latinx individuals born in the States in the mathematical sciences.”