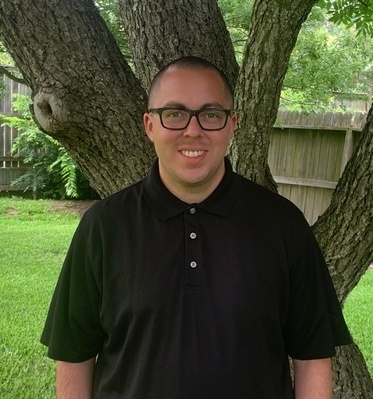 Dr. Casey Paul Rodriguez grew up in the small town of Navasota, Texas and earned his baccalaureate and master's degrees from Texas A&M University in 2011. He earned his Ph.D. in mathematics from the University of Chicago under the direction of Carlos E. Kenig in 2017. From 2017 to the current time, Casey has been an NSF Postdoctoral Fellow and CLE Moore Instructor at MIT under the mentoring of Gigliola Staffilani. Casey credits his wife, Cinthia, and two children, Casey Jr. and Cecilia, as being constant sources of inspiration and encouragement throughout his studies and career.

Generally speaking, Casey's research has been in analysis, primarily in the field of nonlinear dispersive partial differential equations. Dispersive equations typically model the evolution of wave like phenomena and come from applications in engineering and science such as the study of fluid mechanics, general relativity, particle physics and many others. Casey's research has focused on the mathematical challenge of describing the dynamics of solutions to certain nonlinear sigma models (wave maps on a curved spacetime, Adkins-Nappi wave maps, energy-critical wave maps) and equations from fluid mechanics (relativistic viscous fluid equations, relativistic magnetohydrodynamics). While at MIT, his work has been supported by a NSF Postdoctoral Fellowship.

When teaching, Casey promotes an interactive learning environment in the classroom by encouraging student participation. In the course of solving a problem or proving a theorem, he will often pose questions either to individual students or the entire classroom to maintain an active dialog between he and them. He believes this helps the students remain engaged and allows him to better adapt the class to their pace. Casey also sets aside time tospeak with students at an informal level before and after class and believes that this practice encourages students to ask questions during class since they then feel more comfortable talking to him.

During the summers as a graduate student at the University of Chicago, Casey often mentored 2–3 students in an REU (directed by Peter May) on the completion of an expository paper on subjects not usually accessible to undergraduate students. Topics included the calculus of variations, partial differential equations, Fourier series, and advanced harmonic analysis. He also was a mentor in UChicago’s annual NSF sponsored Chicago Summer School in Analysis and also in a summer bootcamp in analysis (directed by Wilhelm Schlag). In the summer of 2014, Casey developed and instructed a course in calculus to a group of incoming UChicago undergraduates as part of the CAAP program–a university program organized to help acclimate certain disadvantaged students to the rigor of college.  In the summer of 2015, he developed and instructed a course in 2d/3d vectors as part of the CSP program. This UChicago program is an academic enrichment and college prep program for students from Chicago Public High Schools from across the entire city, many of whom are from underrepresented groups in STEM.  As a postdoc at MIT, Casey is a math double-major advisor, UROP mentor, organizer for the MIT/PDE Analysis Seminar, and member of the math department's Diversity and Community Building Committee. For his efforts he received the 2020 Infinite Kilometer Award, an annual award from the School of Science to exceptional researchers and contributors to their communities.

Honestly, I did not know Hispanic Heritage Month existed, nor did most of my friends and family.  In fact, I don't remember seeing many celebrations of Hispanic heritage growing up in Texas. I feel it is indicative of a problem in the United States that certain cultures are appreciated on certain days, weeks or months but only at the skin deep level, not authentic enough so that the folks being recognized feel (or even know about being) celebrated.  What I hope Hispanic Heritage Month can be is a time when everyone in this great country genuinely celebrates the many important contributions of Hispanic people to the arts, natural sciences, social sciences and American culture.