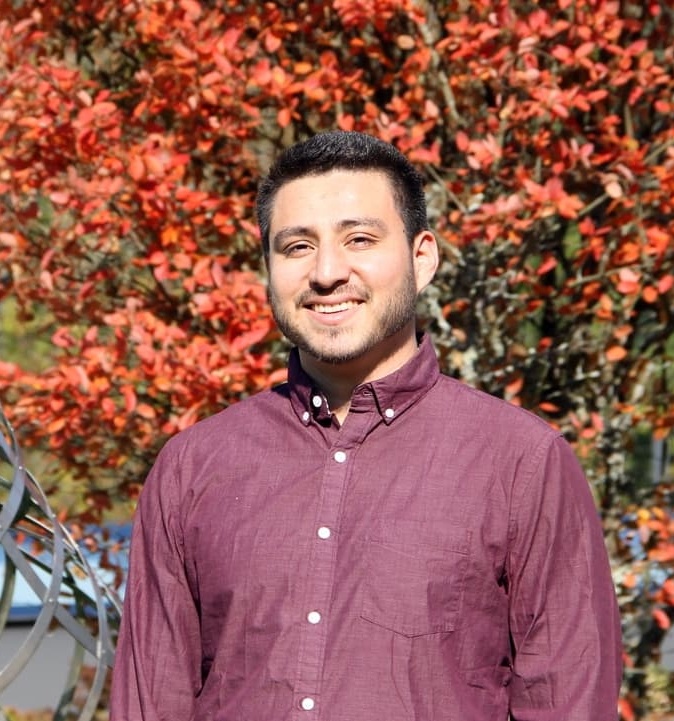 Anthony Sanchez is a graduate student at the University of Washington entering the final year of his PhD. He was born and raised in Phoenix, Arizona after his parents immigrated to the United States. His father immigrated from Colombia and his mother from Mexico.  Anthony would go on to be a first-generation college student in mathematics at Arizona State University. At the conclusion of his bachelor’s degree he was awarded an NSF graduate research fellowship before entering graduate school at the University of Illinois at Urbana-Champaign. He received a master’s degree there before relocating to the Pacific Northwest at the University of Washington following his advisor, Jayadev Athreya.

Anthony’s career goals are to become a tenure track professor at a research university in mathematics and a mentor/advisor to minority students. In his free time Anthony enjoys playing and watching basketball as well as cooking traditional Mexican dishes like camarones rancheros and mojarra frita.

Anthony’s research lies at the intersection of geometry and dynamical systems. He studies questions concerning a geometric object called a “translation surface”. Translation surfaces are not so foreign to anyone who has played the videogame Pac-man. Recall that Pac-man winds around on a tv screen and every time Pac-man touches the left side of the screen he comes out of the right side. Similarly, when he touches the top of the screen, he returns at the bottom. From our point of view Pac-man is on a tv screen, but from Pac-man’s point of view he is actually running around on a torus (a donut shaped world). The torus is one example of a translation surface.

Paul Halmos, a famous Hungarian mathematician well regarded for his clear mathematical writings, has a quote that says, “The only way to learn mathematics is to do mathematics”. In fact, the first time Anthony heard a version of this quote was in an undergraduate real analysis class when his professor said, “mathematics is not a spectator sport”. This is a sentiment that Anthony tries to express to classes that he teaches and TA’s for. To remind students that understanding calculations that a professor preforms is much different than doing those calculations themselves.

Anthony also tries to create a safe atmosphere in his lecture room (and now Zoom room). He has found that such an environment helps students ask questions which in turn promotes learning. Anthony frequently reminds students that while grades are important, their mental health is much more important. He feels that while one goal of an instructors is to teach mathematics, that having an open dialog with his class encourages students to give their most. Anthony has been honored for his teaching efforts by being nominated to the University of Washington’s “Excellence in Teaching Award” by his department.

Anthony has a passion for participating in programs that make mathematics accessible. Two such programs that Anthony has served as a mentor for are the Washington Experimental Laboratory (WXML) and the Washington Directed Reading program (WDRP).  The WXML consists of a team of undergraduates, a graduate mentor, and a faculty mentor working on a research project. Anthony enjoys this program because it introduces undergraduates to mathematics research through projects that are very hands on and computational. The WDRP pairs an undergraduate with a graduate mentor for a quarter to read about math topics outside of the standard curriculum.  A unique aspect of the WDRP is that graduate mentors completely create their own proposals. Anthony’s past projects have often been in probability (such as Markov Chains or Limit Laws) because probability is an incredibly useful tool for students that continue in either academia or industry. Because some projects require more pre-requisites and unintentionally can limit students of diverse backgrounds from participating, Anthony alternates the pre-requisites needed each quarter to open this opportunity as many students as possible.