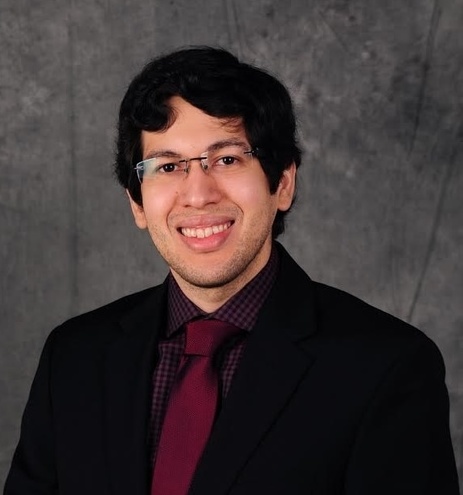 Alex grew up in Hialeah, FL, the son of Colombian immigrants. From an early age, Alex’s parents instilled in him the importance of education and to make the best of the opportunities afforded to him in the United States as neither of them had the opportunity to further their education in Colombia. In fact, the summer between his 2nd and 3rd grade, his mother taught him the basics of arithmetic and in doing so led to his placement into the advanced math courses in elementary school. This placement allowed Alex to advance through the math course listings in the Miami public school system and eventually led to Alex being able to take calculus during his junior year of high school. He would go on to teach AP Calculus BC at his high school during his senior year which gave him an appreciation for teaching that he carries to this very day.

While passionate about mathematics, Alex’s dream throughout his earlier schooling was to be an airline pilot. Following his high school graduation, Alex attended Miami Dade Community College and received his A.A. in mathematics in 2009. During his first year at Miami Dade, Alex’s academic advisor, Dr. E. Carter Burrus Jr. , recommended he apply to the Math Alliance’s REU at the University of Iowa. It was at this REU, that Alex learned that mathematics goes beyond calculus and that one can make a living as a research mathematician.

With this new perspective, Alex decided to pursue a bachelor’s in mathematics so that he could pursue a graduate degree. He transferred to Brown University where he received his Bachelors in 2011 and during summer of 2009 and 2010, he participated in the Cornell Summer Math Institute and MSRI-UP, respectively. His experience at MSRI-UP got him interested in number theory and he would on to receive his Ph.D. from Purdue University in number theory under the guidance of Dr. Edray Goins who was also his research advisor at MSRI-UP. Alex is currently Visiting Assistant Professor of Mathematics at Carleton College.

As an educator, Alex seeks to humanize mathematics by incorporating the history of the mathematics in his courses to better convey the questions that led to the discovery of the subject matter. This allows for the humanization of mathematics, depicting the communal effort of mathematicians to solve the difficult questions of their time as well as showcase how each generation of mathematicians builds on their predecessors to further our mathematical understanding. In doing so, his students see how ideas in mathematics evolve and that mathematics is a human endeavor. A consequence of this historical treatment is that students realize that the course they are taking was not discovered single-handedly by a few individuals and that they too, can partake in the ongoing pursuit to expand our understanding of mathematics. Alex has given talks on his incorporation of history in his math courses at the Joint Math meetings as well as MAA’s MathFest.

Alex would not be where he is today if it were not for the great mentorship he received throughout his academic journey and his participation in programs that allowed him to see the beauty of mathematics and its potential as a career path. He has continued the tradition of mentorship and strives to know the aspirations of his mentees so that he can provide guidance and support so that they can achieve their goals. He has mentored students at various stages of their education through the Alliances for Graduate Education and the Professoriate (AGEP), the Association for Women in Mathematics (AWM), the Louis Stokes Alliances for Minority Participation (LSAMP), Purdue’s Minority Engineering Program (MEP), Purdue Science Bound, and Carleton’s TRiO Program. From 2013 to 2018, Alex was the lead instructor for MEP’s grades 6-12 summer camps. In addition to mentoring students, Alex has led undergraduate students in research projects involving original research in number theory through Pomona’s Research in Mathematics Experience (PRiME) in 2019 and MSRI-UP in 2020. His research group at PRiME was awarded the prize for the best undergraduate research presentation at MAA MathFest in 2019.

Hispanic Heritage Month is a time for us to celebrate the accomplishments of Latinx and Hispanic members of our mathematics community. In doing so, we allow the younger generation to see themselves represented in our field and know that they are not alone in this profession and that they too can pursue a career in mathematics.