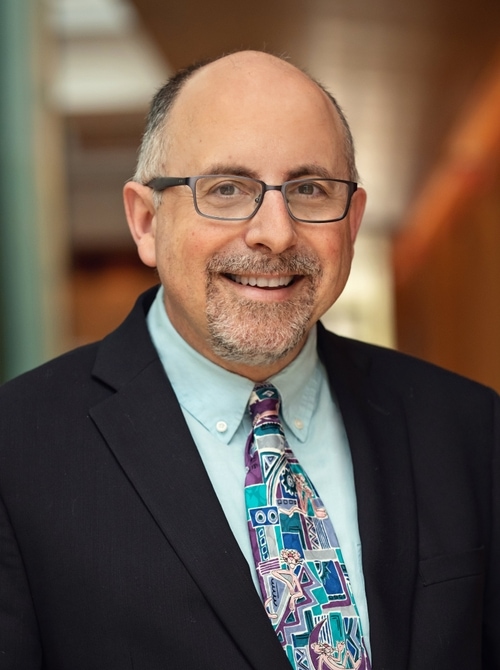 Professor of Education and Mathematics
University of Michigan
PodcastWebsitePoster

‍Patricio Herbst was born in Argentina (Concordia, Entre Ríos) to Manfred Herbst and Enda Hynes O’Connor, the first of two siblings. He was raised in the city of Corrientes, where he went to school and college, graduating with highest honors from the Universidad Nacional del Nordeste (UNNE). He taught high school mathematics in Corrientes and the neighboring city of Resistencia (Chaco) and also taught part-time college mathematics courses at his alma mater. While in Corrientes, he started writing poetry and short stories and also dabbled in radio broadcasting. He moved to Córdoba in 1990 to work as a researcher and instructor at the Facultad de Matemáticas, Astronomía, y Física of the Universidad Nacional de Córdoba, joining GECyT (a group dedicated to research on mathematics, science, and technology education), while also teaching high school mathematics part-time. During his years in Córdoba, he published a book of short stories and poetry in Spanish (Historias de la Urbanidad). In 1993, Patricio received a 2-year Fulbright scholarship that allowed him to move to the University of Georgia in Athens to pursue graduate studies in mathematics education. He obtained a M.A. degree in 1995 and stayed to complete a Ph.D. degree in 1998, during which time he met his life partner and fellow graduate student, Vilma Mesa. After a postdoc at Michigan State University, Patricio joined the mathematics education faculty of the University of Michigan in 1999. Patricio and Vilma have lived in Ann Arbor for 20 years, raising two beautiful, bilingual children, Ana Sofía (currently in medical school at Northwestern) and Bruno (currently in the College of Engineering at Michigan). Patricio and his family have been active in the community, both as members of the Unitarian Universalist Congregation and as volunteers and contributors to community efforts to support family and youth homelessness.

Patricio Herbst has done extensive research on the teaching of geometry and proof in high schools, extending beyond that initial focus to contribute to understanding the work of mathematics teaching and teaching knowledge. His contributions help describe and explain the work teachers do when managing students’ engagement in proving, exploring, constructing, and calculating in geometry courses. He has published three books and more than 100 peer-reviewed publications. An important contribution of Herbst and his colleagues is the theory of practical rationality, which explains teachers’ decisions as reasonable responses to the conditions and constraints in which teachers work. Herbst started his career doing interpretive and design-based research in classrooms, later adapting the sociological technique of breaching experiments to understand the rationality of teaching. Herbst has enhanced the arsenal of tools available to mathematics educators by developing scenario-based assessments and measures of teacher knowledge, teachers’ recognition of instructional norms, and of professional obligations. As part of the process of developing scenario-based assessment tools, Herbst and his collaborators have designed and developed technologies for social research and teacher development, including the LessonSketch platform and its associated tools, the Anotemos and Depict tools. More recent projects involve the use of an improvement science approach in the development of capacity to teach geometry and the use of design research to examine teachers’ learning from lesson inquiry. Herbst’s work has been generously funded by the National Science Foundation, the James S. McDonnell Foundation, and the State of Michigan through several grants that have helped support a vital and prolific research group, the GRIP. As a research lab, the GRIP not only produces research but also serves to cultivate and mentor graduate and undergraduate students and postdocs into becoming active mathematics education researchers. Over the years, Herbst has mentored 15 doctoral students, 11 postdocs, and several MA and undergraduate research assistants, often coauthoring papers and posters with the mentees. Herbst has also had a distinguished service trajectory, as editorial board member and guest editor of a handful of journals. Most importantly, Herbst was recently appointed Editor in Chief of the Journal for Research in Mathematics Education, becoming the first Latinx to head the most important and selective journal in the mathematics education field.

“It is an opportunity to celebrate what unites the Latinx. A history of plunder and exploitation by European and North American interests constituted Latin America as a geopolitical unit with common problems and aspirations. Our silver was essential for modern commerce; our scientists and artists enriched the world as they emigrated, searching better resources for their craft; and migrants who escape poverty and violence support society doing essential jobs that others won’t. Such evidence of the depletion of Latin American resources also evinces the resilience of the Latinx people and our potential to reclaim what is due to us.”