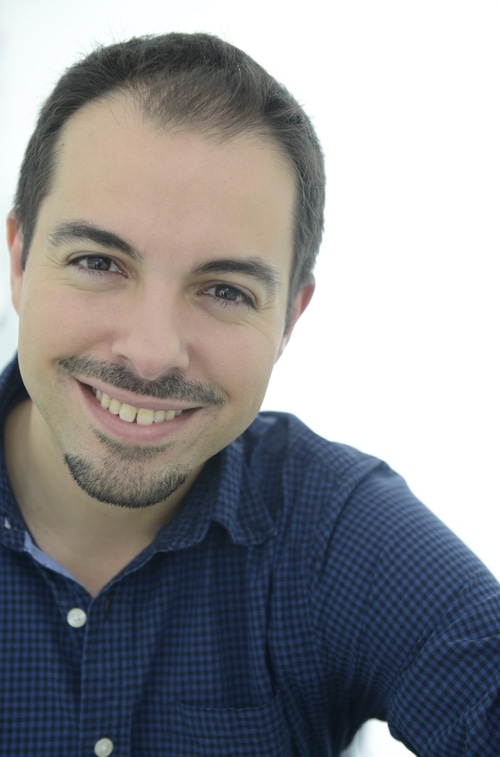 Oscar Fernandez is an associate professor of mathematics at Wellesley College. He earned his graduate degree in Applied and Interdisciplinary Mathematics (Ph.D.) from the University of Michigan and his undergraduate degrees in physics (B.A.) and applied mathematics (B.S.) from the University of Chicago. Professor Fernandez' research focuses on mathematical physics and, more recently, mathematical demography. He is an editorial board member of Scientific Reports, an open-access journal published by Nature Research.

Professor Fernandez is also the Faculty Director of the College's Pforzheimer Learning and Teaching Center. In that role, he supports faculty as they explore, implement, and assess new evidence-based teaching strategies. During his tenure as Faculty Director, Professor Fernandez has focused faculty development around inclusive pedagogy. This reflects his commitment to broadening participation in science—and mathematics in particular—and to helping every student thrive in college. Professor Fernandez is Latino, a first-generation college graduate, and was born and raised in Miami, Florida.

Professor Fernandez aspires to make mathematics accessible, engaging, and understandable. He employs a systems thinking approach to operationalize these ideals, designing programming and creating resources that leverage and synergize the connections among students, faculty, and staff. For example, in 2012, he co-founded the Wellesley Emerging Scholars Initiative (WESI), a program that provides underrepresented students of color studying mathematics with a learning community centered on excellence in mathematics. WESI received funding from the Mathematical Association of America-Tensor SUMMA and in 2015 was named a Bright Spot in Hispanic Education by the White House Initiative for Educational Excellence for Hispanics.

Professor Fernandez is also the author of Calculus Simplified (2019), The Calculus of Happiness (2017), and Everyday Calculus (2014), all published by Princeton University Press. These last two works uncover the mathematics hidden behind everyday events and activities, making mathematics accessible and personally relevant to a large audience. Professor Fernandez' new book, Calculus Simplified, teaches college-level first-semester calculus assuming no prior knowledge of transcendental functions. (Such content is still covered in the book but optional.) This approach makes calculus accessible to students with as little as an Algebra II background.

Professor Fernandez writes about the mathematics of everyday life on his website, surroundedbymath.com. Professor Fernandez is also an editorial board member of Scientific Reports, an open-access journal published by Nature Research that assesses only the scientific rigor of an article and not its impact, increasing opportunities for the publication of research for broader groups of scientists. He also serves on the Steering Committee for Wellesley College's Howard Hughes Medical Institute Inclusive Excellence grant, a 5-year $1 million initiative aimed at broadening participation in STEM.

“Hispanic Heritage Month reconnects me with my culture and its roots. I grew up surrounded by Latinx culture; it was—and is—all around you in Miami, FL, including in my Cuban family's household. But engaging with Latinx communities became more challenging since I left for college. Hispanic Heritage Month has helped me discover new communities and interests that have helped me re-engage with my cultural roots.”