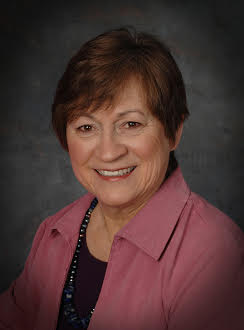 Nora G. Ramirez is a nationally known mathematics educator who has spent over 30 years collaborating with teachers and administrators. She held positions at Arizona State University and Maricopa Community Colleges as a professional developer, mathematics specialist, and principal investigator of several federally funded projects. Prior to that, Nora taught middle school and high school mathematics, primarily in Texas. She is a founding member and past-president of TODOS: Mathematics for ALL, a past member of the National Council of Teachers of Mathematics (NCTM) Board of Directors, and a past President of the Arizona Association of Teachers of Mathematics (AATM). She was a member of the Advisory Committee to the National Science Foundation’s Education and Human Resources Directorate, served as a Director of the NSF funded Parent Curriculum Materials Development for the Math and Parent Partnership with the Southwest (MAPPS), and served on several advisory boards for mathematics education and English Language Learner (ELL) related projects. She was co-editor of Beyond Good Teaching: Advancing Mathematics Education for ELLs and was a contributing author to both Facilitating Conversation About Inequities in Mathematics Classrooms and Access and Equity: Promoting High-Quality Mathematics in Pre-K-Grade 2. Currently, she is active in NCTM, NCSM: Leadership in Mathematics Education, the Arizona Association of Teachers of Mathematics, and Arizona Mathematics Leaders. She also actively participates in Arizona State Department of Education’s standards development and translation. She now serves as Executive Secretary of TODOS and works as a mathematics education consultant for school districts in rural, urban, and suburban communities emphasizing equity and social justice, conceptual understanding, and opportunity to learn rigorous mathematics for each and every student.

While not a “researcher,” Nora Ramirez worked with researchers at CRESMET, a science, mathematics, engineering, and technology research center at Arizona State University. As the Director of Professional Development, she worked with Arizona State University (ASU) faculty and graduate students, planning and teaching math, science and engineering courses for in-service science and mathematics teachers, as well as designing and implementing research plans for several projects of the Center. At CRESMET, she co-taught with faculty members and graduate students, mentoring the graduate students in the “art of teaching.” In addition, she was on the 2010 NCTM Linking Research and Practice Conference Planning Committee and co-authored Linking research and practice: The NCTM Research Agenda Conference report (2010).

Throughout her teaching, she has accumulated principles of teaching that consistently influence her work with students, teachers, and administrators. These include but are not limited to: believe and act on the belief that all students can learn; address the development of conceptual understanding by both building on what students know and using a multi-modal instructional approach; question your teaching before blaming students for their lack of learning; address students’ mathematical identities; focus on engagement and enjoyment in mathematics; teach to achieve rigor in mathematics while enabling access for all students; and advocate for students and mathematics by addressing and responding to deficit language, policies and practices.

Nora has worked with teachers, department chairs, coaches, curriculum specialists, principals, and district personnel on a national level but primarily in Arizona. Mentoring and developing their leadership in equality and mathematics education has been a primary goal for Nora. Teachers in her Interactive Mathematics Project became leaders. Collaborative Peer Teachers from the Phoenix Urban Systemic Initiative became leaders advocating for students and quality mathematics instruction. In 2014, she received the 2014 Iris Carl Equity and Leadership Award by TODOS, recognizing her significant contributions to increasing the quality of mathematics education provided to underserved students, particularly Latin@ students. Her commitment to mathematics equity and social justice is evident in her recent contributions to the revision of the Council for the Accreditation of Educator Preparation’s (CAEP) standards for the preparation of elementary mathematics specialists as well as middle and high school teachers, and her work with the mathematics framework development for the 2025 National Assessment of Educational Progress (NAEP).

Besides serving on the NCTM Board of Directors, Nora served on the several committees, including conference committees, and frequently presents at NCTM national and regional conferences. She actively served as an advisor to several NSF funded projects, such as EDC’s Fostering Mathematical Success of English Language Learners (EDC), Video Cases for Mathematics Professional Development Project (SDSU), and Math Cases Methods Project, (WestEd).

As a founding member of TODOS: Mathematics for All, Nora has remained active in the organization and has served as Treasurer, President, and Executive Secretary. She co-chaired the first TODOS conference, has written grant proposals for TODOS, and actively promotes the NCSM/TODOS position statement, Mathematics Education Through the Lens of Social Justice: Acknowledgement, Actions and Accountability.

“Developing an awareness of the roles and contribution of individuals who are Latin@s, Hispan@s, or Chican@s is essential to me, an educator. I recognize the importance of students knowing that there are individuals from their heritage or culture who have positively influenced the world they live in. Not only do I want students to be proud of who they are, but I want them to receive the message “Si Se Puede,” thus, positively impacting their cultural identity. Developing teachers’ awareness of these individuals will have the greatest impact as they are the ones who daily communicate with students.”