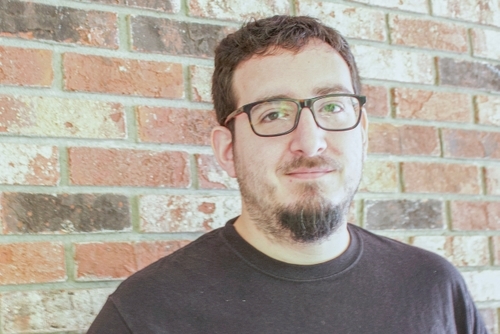 ‍Carlos Nicolas Gomez was born in Santiago, Chile. His parents migrated to the United States when he was four years old. He grew up in El Paso, Texas, where he obtained his undergraduate degree in Mathematics from the University of Texas at El Paso (UTEP). His interest in mathematics grew from the experiences he had with the faculty at UTEP. He decided to become a mathematics teacher because he wanted to be able to make mathematics accessible to others, particularly students who historically struggled with the subject and did not see themselves as doers-of-mathematics. In 2007, he began his teaching career at Winder Barrow High School in Winder, GA. His favorite classes to teach were the mathematics support classes. These were designed specifically to supplement students’ mathematics learning. While he taught, he pursued his masters in Mathematics Education from the University of Georgia. After five years at Winder Barrow High School, Carlos Nicolas Gomez left to pursue his Ph.D. in Mathematics Education full time at the University of Georgia. After completing his Ph.D. in 2016, he became an assistant professor in secondary Mathematics Education at Clemson University.

Carlos Nicolas Gomez’s research interests center on issues of mathematics identity development. His dissertation focused on the emotional experiences of prospective elementary teachers during their first practicum experiences in schools with majority Hispanic and African American populations. The emotional narratives shared by the participants demonstrated how their emotionality influenced their faith in their teacher preparation program as they developed their identities as teachers of mathematics. He is also interested in argumentation and how teachers facilitate and support collective argumentation in the mathematics classroom. He is currently working on applying the theoretical underpinnings of argumentation into more social spaces. Arguments can be about more than just mathematics in the classroom. Argumentation also revolves around how teachers convince students to construct similar meanings of sociomathematical norms in the classroom. His current research project, Elementary Latinx Students’ Accounts of Learning Mathematics [EL ALMa], investigates the experiences of 3rd, 4th, and 5th grade Latinx students learning and doing mathematics in predominately white schools. The challenge for Latinx students is to develop their identities as doers-of-mathematics while incorporating their culture, language, and ways of being in their doing of mathematics instead of having to be seen as successful because of white-washing, Anglifying, or succumbing to the dominant culture.