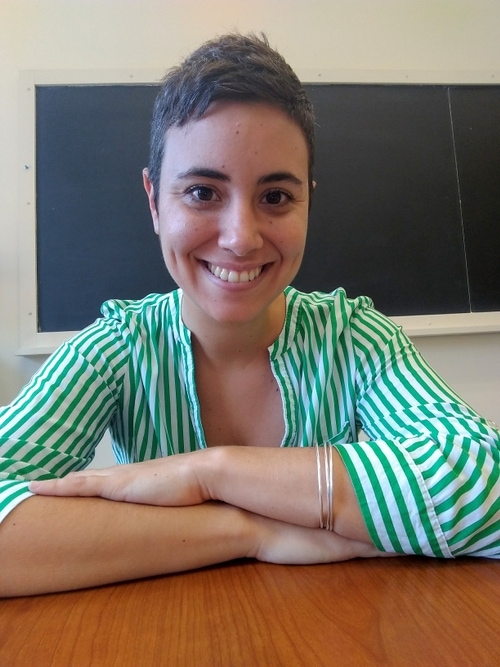 Yaiza Canzani was born in Spain. She grew up in Uruguay, where she obtained her undergraduate degree from Universidad de la República. In 2008 she moved to Montreal (Canada)to pursue her doctoral degree in Mathematics at McGill University. After finishing her Ph.D in 2013 she became a Benjamin Peirce Fellow at Harvard University (USA). She was also a member of the Institute for Advanced Study(USA) and a recipient of an NSERC Postdoctoral Fellowship. Canzani is starting her third year as an Assistant Professor at the University of North Carolina at Chapel Hill (USA). In February 2018 she was named a Sloan Research Fellow.

“I am honored to participate in this initiative that promotes and celebrates the work of the Latino community.”