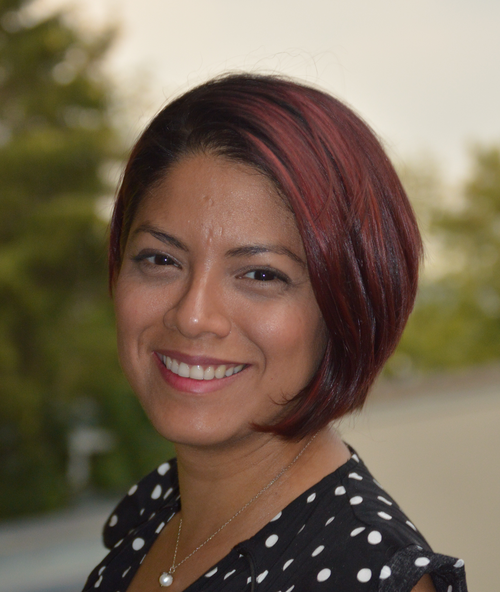 Katerine Saleme Ruiz was born and raised in Montería, Colombia. She received her B.S. and M.S. in Mathematics from the University of Córdoba and Universidad Nacional de Colombia, respectively. In 2016, she earned her Ph.D. in Computational Engineering from Mississippi State University (MSU). Ruiz’s first postdoctoral position was held at both the Department of Mathematical Sciences at George Mason University and the Institute for Pure and Applied Mathematics at UCLA during the 2016 fall semester. She is currently a postdoctoral researcher in the Physics and Material Science Unit at the University of Luxembourg.

As a Ph.D. student, Ruiz was recipient of several awards including “Hispanic Student Association Excellence Award” from MSU and the “Graduate Excellence in Material Science Award” from The American Ceramic Society. She received, for four consecutive years, the MSU-Bagley Engineering Graduate Fellowship given to outstanding graduate students. She also was a research intern at the United States Army Corps of Engineers – Engineering Research and Development Center(ERDC) and at Corning Incorporated. Ruiz’s commitment to empower minorities led her to organize several STEM events, academic workshops and seminars. Ruiz’s personal and professional success has been possible thanks to the unconditional support of her family,her husband and her friends, the financial support of AWM, IMA, SIAM,SHPE, ERDC, NSF and also because of the positive influence of many scientists, especially her four mentors: Tonya Stone (Ph.D. advisor), John F. Peters (Ph.D. professor), Ioana Banicescu (Ph.D. professor)and Maria Emelianenko (postdoctoral advisor).
‍
Katerine Saleme Ruiz works on the numerical solution of engineering problems with scientific and industrial applications in the fields of applied mathematics, computational mechanics and material science. She is actively working towards understanding and predicting the atomic and micro mechanical behavior of materials using mathematical and computational tools. Her Ph.D. research focused on developing a discrete element model to understand fracture mechanisms affecting the microstructural and mechanical properties of brittle polycrystalline materials. A key feature of this model is its ability to simulate fracture as a function of microstructure features and could be beneficial when attempting to design materials with specific mechanical response. She also investigated how the particle morphology of raw materials affects their technological properties,as well as the quality and performance of green bodies, ceramics and processes such as extrusion and sintering. She worked with computational shape analysis tools based on conventional ScanningElectron Microscopy, specifically, mathematical techniques for shapepre-processing, shape characterization and shape classification. Ruizhas also been working on understanding the role of topology in microstructure-property relations. She compared Rényi entropy-based mesoscale approaches for characterizing 2D polycrystalline network topology and geometry based on the grain number of sides and grain areas, respectively. She studied the effects of microstructure disorder on mechanical properties, such as elastic and damage response, by performing computational simulations of quasi-static uniaxial compression loading tests on an idealized material using a grain-level micromechanical discrete element model. Currently, she is developing a computational framework to understand the many-body treatment of van der Waals interactions beyond the standard pairwise model in large scale atomic systems.

“I see Hispanic Heritage Month as a wonderful opportunity to show younger generations that, despite the challenges they face today, it is possible to succeed and that their Hispanic heritage is an advantage to make their dreams and goals a reality. I thank the AMS and the organizers of the Lathisms initiative for showcasing the achievements of Latin@sand Hispanics during this special month. “