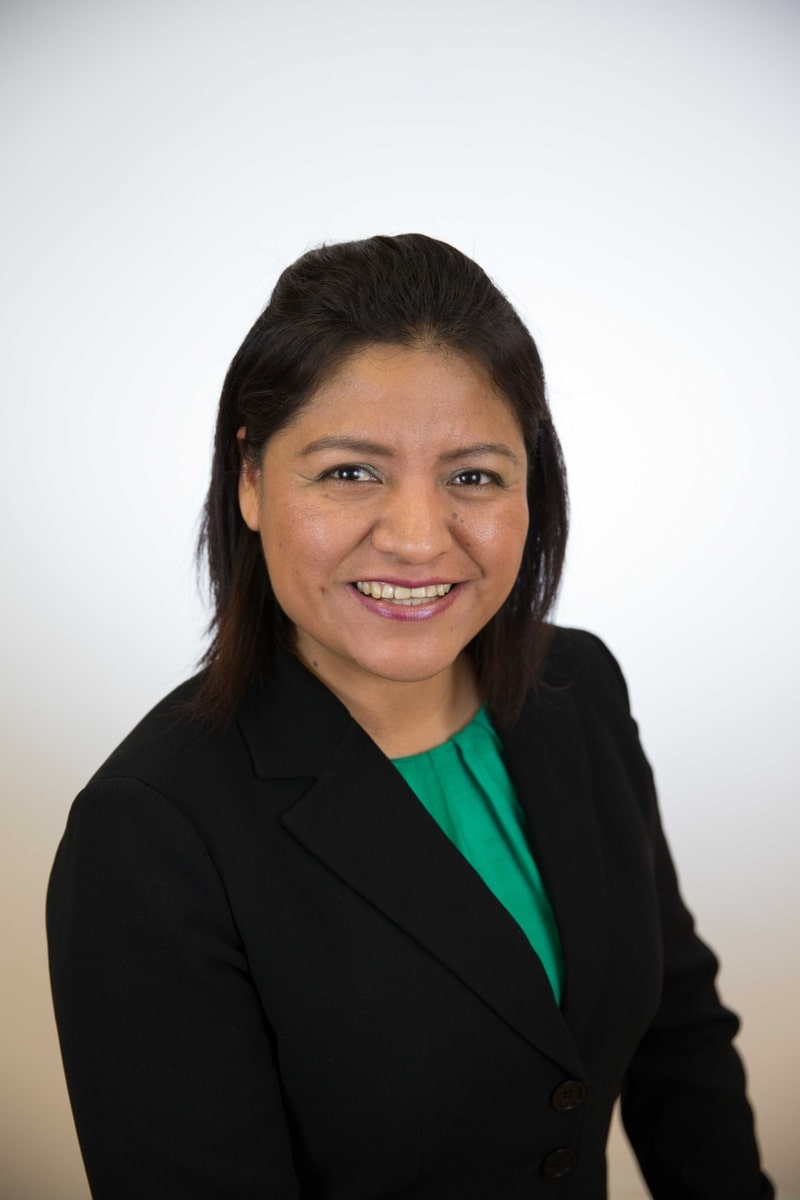 Imelda Trejo was born in Tasquillo, a small city in Hidalgo, Mexico, where her family works at the local market selling grain products, fruits and vegetables. She discovered that she is skilled in mathematics as a child while she was working in her family business.  Trejo learned basic numerical operations such as addition and multiplication there.  Little by little, she became an expert in numbers; consequently, Trejo was able to quickly calculate large numerical calculations in her head. Some clients did not trust Trejo’s computing the total amount of their purchase using a pen and paper, and they required her father to double check her calculations, but both were always the same.  Year after year, she realized that she was really good in mathematics.Because of those experiences and her success during her elementary and high school years, Trejo chose to major in mathematics.  In college, while she was working on X-Ray Computer Tomography research,Imelda noticed that she had a great passion for solving real-world problems by using mathematics. Since then, she decided to pursue a mathematical research career.  Thus far, she has completed her master’s degree in applied mathematics at the Research Center of Mathematics (CIMAT), Guanajuato, Mexico. Now, Trejo is on her fourth year of the Ph.D. program in Mathematics at the University of Texas at Arlington (UTA) and expected to graduate in May 2019.

Trejo’s research interest is in applied mathematics such as solving real-word problems by combining mathematics and computer simulations.  Currently in her dissertation research, she is studying the interactions between immune and bone cells during the bone-fracture-healing process.  The correct interaction of these cells determines the success of the healing of a broken bone.  Thus far her advisor, Dr. HristoKojouharov, and she have developed a mathematical model which exhibits that a correct modulation of inflammation by macrophages and progenitor bone cells secures and accelerates the healing of a bone.They are working to validate their results with experimental data and then use the model to explore possible anti-inflammatory treatments.
‍
During previous research,she worked on “determining whether someone has or does not have cancer by a non-invasive approach.” This problem can be solved by X-Ray Computer Tomography which is an imagenological procedure and involves the following inverse problem: recovering a function in two variables given its integral lines. Her main contributions in this topic were to give an alternative proof for the best approximation of a function given only fine numbers of its integral lines.  She has also worked in partial differential equations, where she used the generalized Picard-iteration method to prove two-parameter existence theorems that generalize some well-known one-parameter existence results for positone problems.
‍
Trejo intends to complete her Ph.D. in mathematics followed by a postdoctoral research position and then a faculty position either in Mexico or the USA.  She is planning to direct her mathematical career focusing on research,teaching, and mentoring students.  Trejo looks forward to contributing to the advancement of state-of-the-art bio-mathematical modeling and numerical solutions of ordinary and partial differential equations.
‍
Because of her research contributions and excellence in the study of mathematics, Trejo has won several awards. First, she received the 2008 Sotero Prieto Award, which recognizes the best bachelor’s research in Mexico; and then a full scholarship from the Mexican Science Foundation (CONACYT) to work toward her master’s and Ph.D. degree in mathematics.  Recently, while at UTA, Trejo was awarded the 2016 R. Kannan Memorial Scholarship and the 2017 John A. Gardner Scholarship for her excellence in the study of mathematics.  In addition, Trejo received the 2017 Outstanding Student Presentation award from the Mathematical Association of America-Texas Section for the best research talk in her session at the 97th Annual Section Meeting at Texas A&M University-Commerce.

“I am so proud of being a Latina.  I learned from my family and my culture that working hard, working in teams,
and never giving up on my dreams will make me successful in life.”