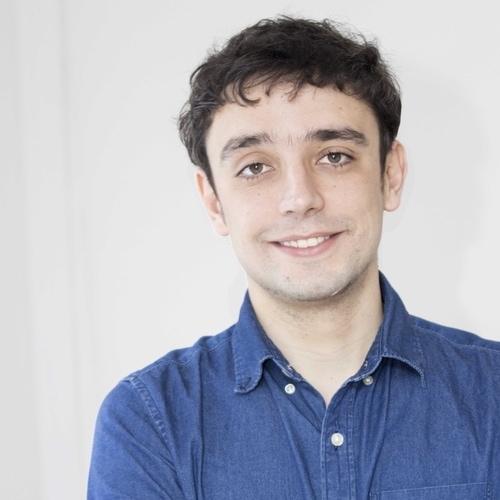 Alejandro Morales is originally from Bogotá, Colombia, and earned a bachelor’s in mathematics at the University of Waterloo, and a Ph.D. at MIT with Alex Postnikov. He was a CRM-ISM postdoctoral fellow at LaCIM in Montreal and was a Hedrick Assistant Adjunct professor at UCLA before starting as an assistant professor at UMass, Amherst. Morales was admitted to the research associate  math competition of the CNRS in France, won a graduate teaching award at the MIT math department and was supported by an AMS-Simons travel grant. Morales has mentored twelve undergrad and high school students in summer research programs, is part of the "Comunidad Colombiana de Combinatoria" and has been a tutor and part of the organizing committee of the Encuentro Colombiano de Combinatoria in 2012, 2014, 2016, and 2018. He also co-organized the first two Southern California Symposia in Discrete Math at UCLA in 2016 and 2017.

Alejandro Morales’s research is in enumerative and algebraic combinatorics. The projects he works on with collaborators are often in the interface with other fields like discrete geometry, coding theory, physics and complexity theory.
‍
One project is the study of flow polytopes, certain polytopes coming from flows on graphs. These polytopes are related to other families of polytopes (order polytopes and generalized permutahedra) and to other areas like diagonal harmonics and Schubert polynomials. A motivating question is to understand why one special flow polytope has a volume that equals the product of consecutive Catalan numbers, a sequence of nonnegative numbers that count hundreds of combinatorial objects.Morales and co-authors recently studied a new flow polytope known as the Caracol (snail in Spanish) polytope. Another project is developing a new q-analogue of the classical problem of placing non-attacking rooks from chess on a board with restricted positions.The new q-analogue is related to coding theory and certain invariants of graphs from physics. A future goal in this direction is to study the complexity of this q-analogue. Another direction is the study of formulas coming from geometry to count classical objects in combinatorics called standard Young tableaux of skew shape. This is related to the asymptotics and uniform generation of the tableaux and even to the simple inequality that Pi is less than twice the golden ratio. Morales also works on extending enumerative results of factorizations from the symmetric group to other groups like the finite general linear group, and on relating the theory of formal power series to Fourier and Legendre transforms in perturbative quantum field theory.

“Congratulations to all the Hispanic and Latinx mathematical community in this Hispanic Heritage Month!”