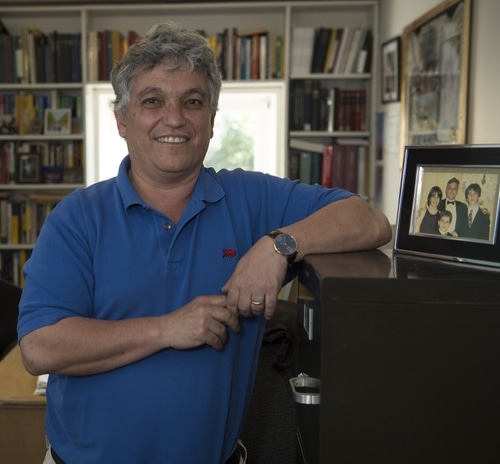 Victor H. Moll did his undergraduate studies in Valparaiso, Chile and then worked under Henry McKean at the Courant Institute, and graduated in 1984 with a thesis on the Stabilization of the standing wave in a caricature for nerve conduction. This so-called caricature had been proposed by McKean as a simpler model from the classical Nagumo and Hodgkin-Huxley models. After graduation, he spent two years as a Lawton Instructor at Temple University. In 1986, he moved to Tulane University in New Orleans, where he is now Professor of Mathematics.

He is interested in all aspects of the mathematics coming from the evaluation of integrals. The subject is full of interesting problems that he shares with colleagues, graduate students, and undergraduate students. Among the variety of results that have come out of this work, one should mention the theory of Landen transformations that are the rational version of the well-known transformations of Landen and Gauss for elliptic integrals. Lately, he has established collaborations with Ivan Gonzalez, a Chilean physicist, in developing a new technique for evaluating definite integrals coming from Feynman diagrams.

His long-term project is to provide proofs, automatic and human, of all entries in the classical table of integrals by I. S. Gradshteyn and I. M. Ryzhik. Most of his work comes from exploring, via symbolic languages, unexpected relations among classical objects.

Moll is actively involved with bringing undergraduates into mathematics. He has guided undergraduate research at Tulane University and also was the research leader at the REU programs SIMU (at the University of Puerto Rico at Humacao 2000 and 2002) and at MSRI-UP, Berkeley (2008 and 2014). A large number of his students have continued to graduate school in mathematics.