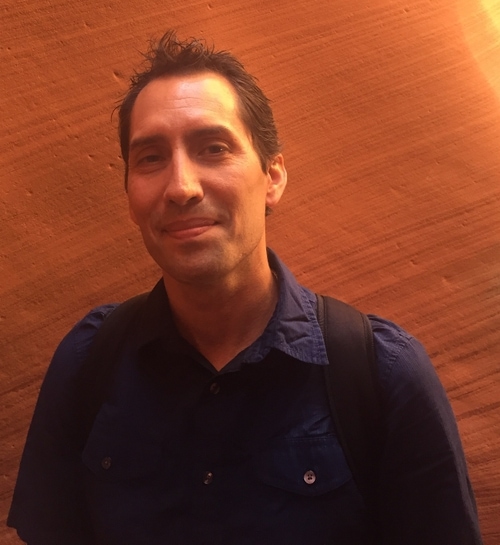 Stephen Wirkus was born and raised in Kansas City, Missouri and graduated from the University of Missouri-Kansas City with B.S. degrees in math and physics in 1994. He received his Ph.D. in Applied Mathematics from Cornell University in 1999. During graduate school, he became involved in summer research with undergraduates and continued this work through 2003. In 2005 he co-founded and co-directed the Applied Mathematical Sciences Summer Institute (AMSSI), dedicated to the recruitment of undergraduate women, underrepresented minorities, and those that might not otherwise have the opportunity. Since earning his Ph.D., he has taught at Cornell University, Cal Poly Pomona, Arizona State University (ASU), and MIT. He has co-authored three textbooks, most recently A Course in Differential Equations with Boundary-Value Problems, a sophomore-level book that integrates MATLAB, Maple, and Mathematica to help the students’ understanding of the subject. He was named Professor of the Year by the ASU Sun Devil Family Association, the AGEP Mentor of the Year (NSF Alliances for Graduate Education and the Professoriate program) for the Compact for Faculty Diversity Institute on Teaching and Mentoring by the Southern Regional Education Board (SREB), and received a Leader in Undergraduate Research by the National Security Agency. He recently became Full Professor at ASU.

Stephen Wirkus works on applications of mathematics mostly to problems in biology. With experimental collaborators at the Vision Institute of Paris, the Massachusetts Eye and Ear Infirmary, and the UMass Medical School, and mathematical collaborators at ASU and throughout the U.S., he has explored mathematical models of photoreceptors in the retina. This research led to numerous co-authored articles that provided the first set of mathematical models in the field. Understanding the photoreceptor interactions in a healthy retina has given insight into degenerative states such as in the case of the inherited disease retinitis pigmentosa and trauma-induced retinal detachment. Exploring new models and expanding their application to maladies such as age-related macular degeneration promises to have a tremendous impact on blindness.

The soon-to-be largest group in the U.S. is still thoroughly underrepresented in STEM fields. Adequate representation at the highest levels is crucial for the country to stay on a forward path to create the brightest future for all. Celebrating Hispanic Heritage month is an important reminder of the impact that we have had, can have, and want to have.