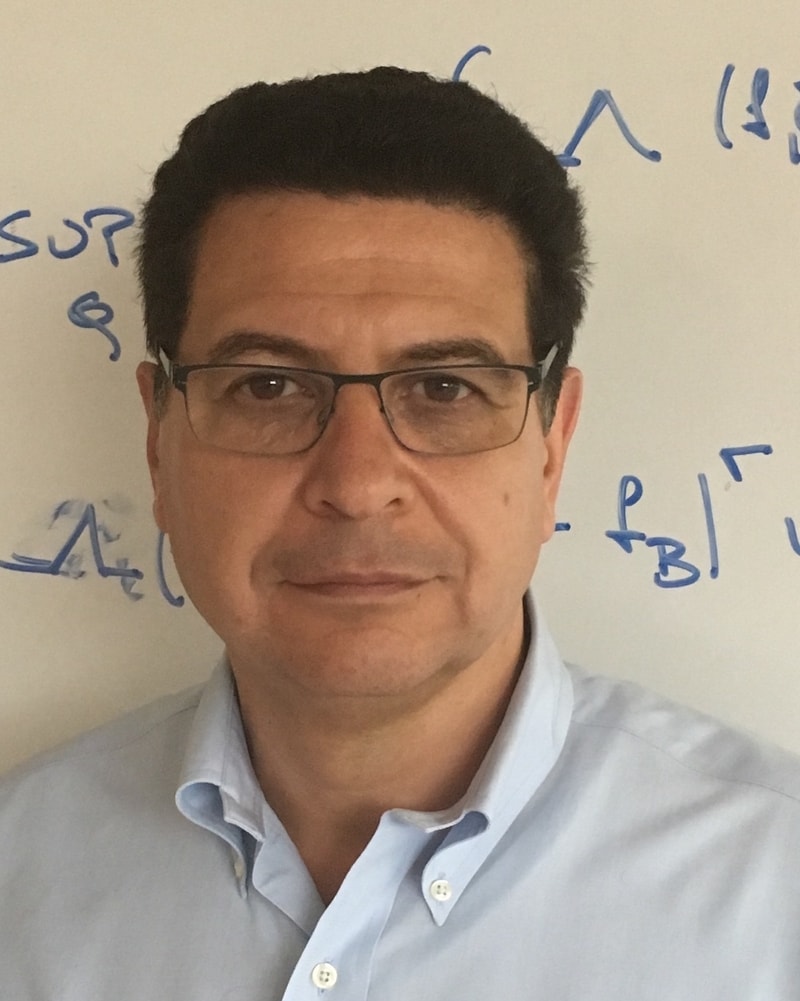 Rodolfo Torres was born in Rosario, Argentina, where he studied at the Instituto Politécnico Superior, a magnet high school of the Universidad Nacional de Rosario, and at the Facultad de Ciencias Exactas e Ingeniería. He then received his Ph.D. in Mathematics from Washington University in 1989. After postdoctoral positions at the Courant Institute of Mathematical Sciences and the University of Michigan, in 1996, he joined the University of Kansas, where he advanced through the ranks and became a University Distinguished Professor. He regularly mentors graduate and undergraduate students and has received numerous teaching awards. He has also been a mentor in the Initiative for Maximizing Student Development, an NIH-funded program with the goal of increasing the number of students from underrepresented groups pursuing careers in biomedical research. He is a co-founder of the Prairie Analysis Seminar, an NSF-funded annual conference that has garnered recognition for the quality and diversity of its speakers and the opportunity it provides to young mathematicians to showcase their work. He is a former Faculty Senate President at KU and, since 2012, an Associate Vice Chancellor for Research and Vice President of the KU Center for Research Inc. He is currently a member of the Human Resources Advisory Committee of the Mathematical Sciences Research Institute, Berkeley. Torres was elected to the inaugural class of Fellows of the American Mathematical Society.

Torres’ research interests include Fourier analysis and its applications in partial differential equations, signal analysis, and biology. He specializes in the study of singular integrals, function spaces, and decomposition techniques and is most recognized for his work with various collaborators on several foundational aspects of the multilinear Calderón-Zygmund theory. His immediate research plans include on-going work on Leibnitz-type rules and multilinear estimates in mixed-norm spaces, and application thereof. In addition, he is currently collaborating with an economist and computer scientists on the use of machine learning techniques to automatize an award classification process related to the Higher Education Research and Development Survey (HERD) collected annually by the NSF. Torres has also collaborated with biologists explaining structural coloration phenomena in the tissues of animals, a work that received considerable media attention including articles in The New York Times, Science Magazine, and Discovery Channel on-line. For the past 24 years, Torres’ research has been supported by several grants from the NSF, and he has given numerous lectures and taught short courses around the world.

“The universality of mathematics across cultures, nationalities, ethnicity, and other diverse characteristics of individuals puts the discipline in an invaluable position to promote inclusiveness via example. The Hispanic Heritage Month should make us aware of the many accomplishments of Latino mathematicians and of the need to provide new Latino generations with the opportunities to contribute to the advancement of mathematics and to live in a more just and inclusive society. There is a need to support and develop talent at the K12, college, graduate, and postgraduate education levels and we should all devote more efforts to this challenge.”