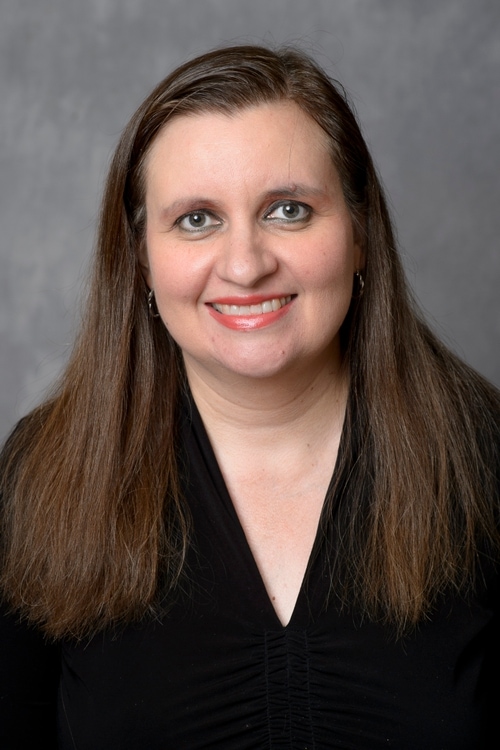 Monica Torres is Associate Professor of Mathematics at Purdue University. She received her Ph.D. from the University of Texas at Austin in 2002 and then was a Ralph Boas Assistant Professor at Northwestern University for three years before becoming a faculty member at Purdue. She was born to a farming family in Irapuato, a small city in the state of Guanajuato in Mexico. From seventh grade until high school, she spent most of her time studying mathematics and attending math competitions. In particular, being selected to the national team for the Math Olympiads during the last year of high school was fundamental in her decision of becoming a mathematician. After high school, she enrolled at a local university in Irapuato, and later she received an Excellence Undergraduate Fellowship to pursue her degree in Computer Engineering at the Instituto Tecnológico y de Estudios Superiores de Monterrey (ITSEM) campus Queretaro. After graduating, Monica was named a “Distinguished Alumni” from the Centro de Investigación en Matemáticas (CIMAT) and awarded a Consejo Nacional de Ciencia y Tecnología (CONACYT) Doctoral Scholarhiop that allowed her to come to the United States. Since then, she has been focused on analysis related areas for her research. She is currently mentoring several graduate students and particularly enjoys this part of her job. She is very thankful for the research awards she has received from the National Science Foundation and more recently from the Simons Foundation. She is married and has two children.

Monica's main research interests are Geometric Measure Theory, Partial Differential Equations, Shape Optimization, Free Boundary Problems, Nonlinear Hyperbolic Conservation Laws, and Shock Waves. Her research has been largely motivated by both the theory of minimal surfaces and the field of nonlinear hyperbolic conservation laws. In particular, the lack of a general theory for multidimensional systems led her to study several questions related to a class of vector fields called divergence-measure fields. This research has advanced the knowledge of the divergence operator, which is fundamental as it appears in many areas of analysis and PDE.

"These types of efforts are very important as they highlight the many opportunities that a good education has to offer, while bringing awareness of the obstacles that students might face."