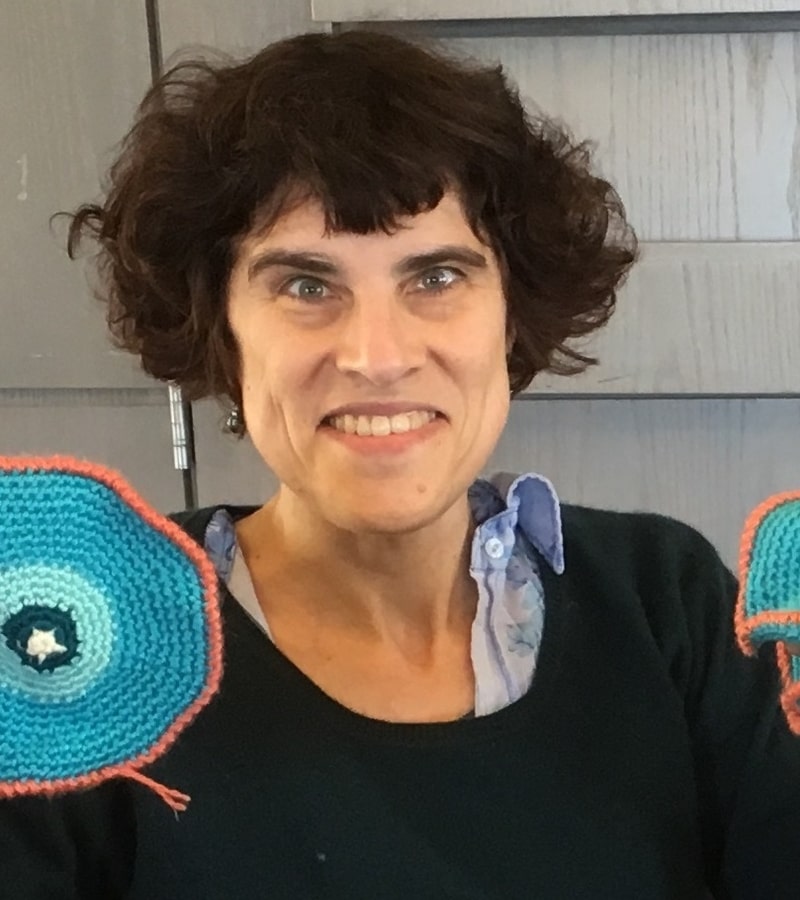 Moira Chas is associate professor of Mathematics at Stony Brook University. She was born in Argentina in 1965. She discovered early in her life a passion for writing and, a bit later, a passion for math. She completed her “Licenciatura” (something like a masters degree) at the Universidad de Buenos Aires, Argentina and her Ph.D. in the Universitat de Barcelona, Spain.  Soon after completing her Ph.D., she came to the US for a three-month work visit… and never left.  She strongly believes in the benefits of teaching while interacting with students. In her work, she strives to find different representations of the concepts she is trying to understand. These representations are by means of computer programs, or pictures or knitted shapes. In the same vein, she believes in communicating mathematics to a larger audience than her colleagues and students.  She is the recipient of the Godfrey Teaching Excellence Award. She also won the Simons Center Science Playwriting Competition with her play “The Mathematical Visions of Alicia Boole.”

She works in low dimensional topology and gravitates to mathematics that can be expressed by pictures. A large part of her research is rooted in finding and probing mathematical conjectures with computers. Many of these computer experiments have been conducted in collaboration with undergraduate students, graduate students and high school students. Jointly with Dennis Sullivan, they discovered and formulated “String Topology.”“

I do not have statistics, but my own sample suggests that there are not many Hispanics born in the USA in Mathematics, most of the Hispanic mathematicians I met were born and totally or partially educated outside the U.S. I would like to do something to change that.”