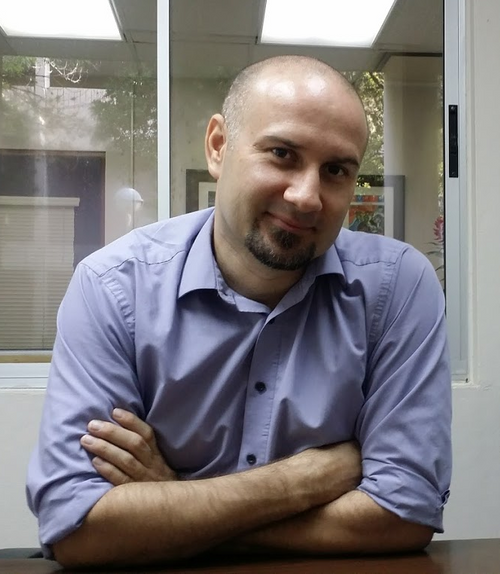 Luis A. Medina was born in Humacao, Puerto Rico and raised in the small town of Yabucoa.   He comes from a low-income family and is a first generation college graduate.  Luis received his B.S. in Computational Mathematics from the University of Puerto Rico at Humacao (2003) and earned his Ph.D. in Mathematics from Tulane University (2008).   After a postdoctoral position at Rutgers University, Luis returned to Puerto Rico and is currently Associate Professor and Graduate Program Director in the Department of Mathematics of the University of Puerto Rico, Río Piedras Campus. Luis' success story is a mix of self-sacrifice and great mentorship.  He has been very fortunate to have great mentors along his career.  Among all his mentors, the three most influential are Ivelisse Rubio (undergraduate mentor), Victor H. Moll (Ph. D. advisor) and Doron Zeilberger (postdoctoral advisor).   Today, Luis has continued the tradition of mentorship having mentored several underrepresented undergraduate and graduate students and participated as a faculty member in the MAA professional development program Project NExT.  He is also Co-PI of the NSF funded “Scholarship Fund for Excellence in Computer Science and Mathematics”.

Luis is an Experimental Mathematician and enjoys to employ computers and advanced computer technology in fundamental ways to aid research. In a short time, he has developed a productive research agenda with publications in important journals in areas of Number Theory, Special Functions, Combinatorics and Information Theory.  Today, most of his research work is related to Boolean functions and some of their applications to Information Theory and Cryptography.  In particular, he has been focusing on how the recursive nature of Walsh transformations of some families of Boolean functions can be used to obtain divisibility properties of them as well as other Number Theoretical and Combinatorial properties with strong Cryptographic attributes.

"For some of us, the path to success is like climbing to the top of a mountain.  The climb requires self-sacrifice, persistence, family support, discipline and a little bit of luck.  Luck is something we cannot control, but all the other qualities are fundamental parts in our Hispanic/Latin@ community.  We can be successful.  We must."