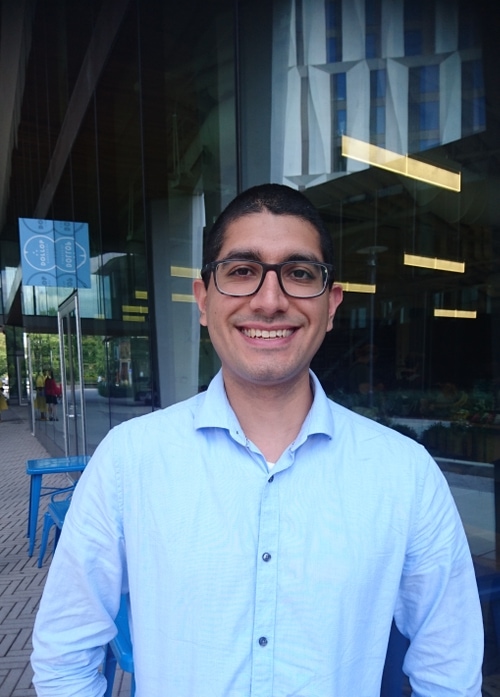 He has been awarded travel grants by SIAM, AMS, and FoCM that have enabled him to travel to dozens of states and countries including Argentina, Spain, South Korea, and Germany. His proudest achievement has been to speak in the AVID Seminar, a program dedicated to closing the achievement gap in education, in his hometown about college readiness. He has two parents and a sister who have encouraged him throughout his academic career and life. They realized early on that Jose would move far from home but have enjoyed phone calls at odd hours because of time zone shifts since his relocation.

Rodriguez is especially thankful for the Ronald E. McNair Postbaccalaureate Achievement Program. This undergraduate program provided Jose with a cohort of colleagues who aimed to become professors and initiated his trajectory for the success he has achieved. For example, it was not until Jose found a faculty mentor through this program that he learned that most graduate students are funded by schools to go to graduate school in mathematics/statistics/science.

His research area is applied algebraic geometry with a focus in numerical algebraic geometry and algebraic statistics. He uses methods from topology, geometry, and algebra to study problems in statistics such as maximum likelihood estimation, where the mantra is, “Statistical models are algebraic varieties.” He has also developed numerical algorithms for algebraic geometry. These methods are used to study nonlinear problems in optimization and science. Two of his recent works have been published in the new SIAM Journal on Applied Algebra and Geometry and Foundations of Computational Mathematics.  He is excited to be working on projects with the Likelihood Geometry Group from the AMS Mathematics Research Community in Algebraic Statistics, and he looks to continue making connections between statistics, algebra, and geometry.

“Hispanic Heritage Month is a celebration. It provides the opportunity to celebrate the histories, cultures and contributions of those whose ancestors came from Spain, Mexico, the Caribbean, and Central and South America. I invite everyone to take part in the celebration this month, and if you enjoy it, then to keep it going all year long”.