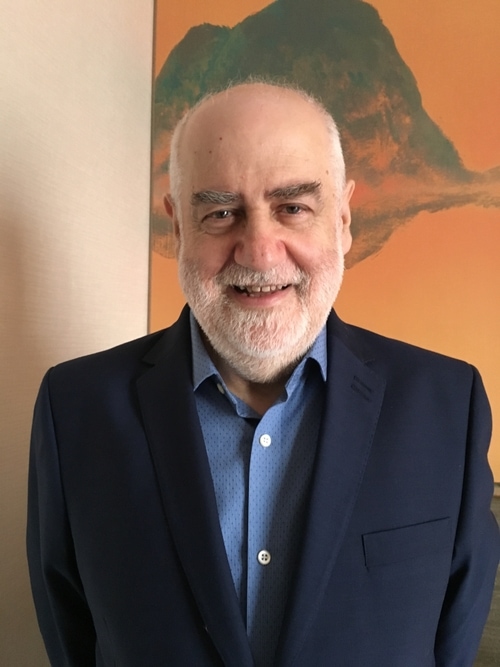 Gunther Uhlmann was born in Quillota, Chile in 1952. He obtained his Licenciatura en Matemáticas degree from Universidad de Chile in 1973. In August 1973, Uhlmann left Chile to pursue a Ph.D. degree in Mathematics at Massachusetts Institute of Technology in Cambridge, Massachusetts. He received his Ph.D. in 1976. After postdoctoral positions at MIT, Harvard, and the Courant Institute, Uhlmann returned to MIT as an Assistant Professor in 1980. He then moved permanently to the University of Washington where he has been the Walker Family Endowed Professor since 2006. Uhlmann has received several recognitions for his research work including a Sloan fellowship in 1984, a Guggenheim Fellowship in 2001, and a Simons fellowship in 2013. Gunther Uhlmann was awarded both the Bocher Memorial Prize by the AMS as well as the Kleinman in 2011. This year (2017), he was awarded the Solomon Lefschetz Medal by the Mathematical Council of the Americas. Uhlmann has been a Fellow of the American Academy of Arts and Sciences since 2009, a SIAM Fellow since 2010, and an AMS Fellow since 2012. Uhlmann has delivered many lectures throughout the world, including an invited lecture at ICM in Berlin in 1998, a plenary lecture at ICIAM in Zurich in 2007, a Plenary Lecture at the Latin American Congress of Mathematics in Barranquilla, Colombia in 2016, and the AMS  Einstein Lecture in 2012. He is a corresponding member of the Chilean Academy of Sciences and a foreign member of the Finnish Academy of Sciences.

Uhlmann’s main research interest is in the mathematics of inverse problems. In these problems one attempts to determine the internal properties of a medium by probing the medium with waves and measuring the response outside the medium. These problems arise in all fields of science and technology including medical imaging, geophysics, astrophysics, non-destructive evaluation of materials, ocean acoustics, and many others. Uhlmann’s main research contributions have been the solution of basic inverse problems including Electrical Impedance Tomography (EIT) also called Calderon's problem, travel time tomography, also called boundary rigidity and lens rigidity, and inverse problems arising in general relativity. He has also done pioneer work in proposing transformation optics, a method to make objects invisible to electromagnetic waves, acoustic waves, matter waves, and other types of waves.

“It is very important to celebrate many of the contributions of Latinos and Hispanics to Mathematics. I congratulate the organizers of the Hispanic Heritage Month for this initiative.”