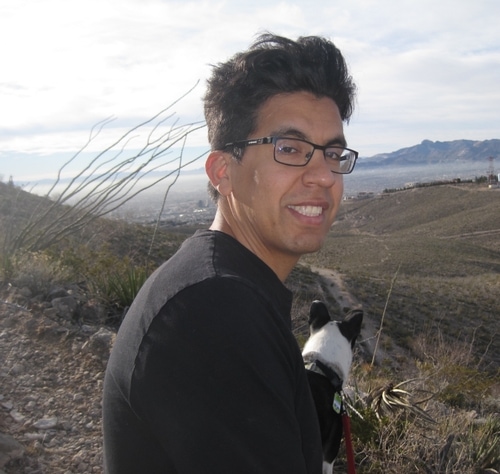 Daniel Hernández, born and raised in the Chihuahuan Desert city of El Paso, Texas, is the son of Luis Hernández, a mail handler at the United States Postal Service, and Mercedes Martínez, an elementary school teacher and librarian. Daniel takes pride in being educated in the El Paso public school system. He completed his undergraduate degree at Boston University in 2005, and his Ph.D. at the University of Michigan in 2011, where he received a university-wide teaching award recognizing his commitment to undergraduate mathematics education.

Daniel considers himself fortunate to have had such a strong network of mentors and supporters throughout his life, and his positive interactions with them have inspired him to do the same for others.

"Hispanic Heritage Month provides a great opportunity to showcase the contributions of people from traditionally underrepresented groups in the mathematical sciences (including women, people of color, and first and second generation immigrants), and to develop this community by bringing people together. On this note, if you're reading this and interested in algebra, I'd love to hear from you!"