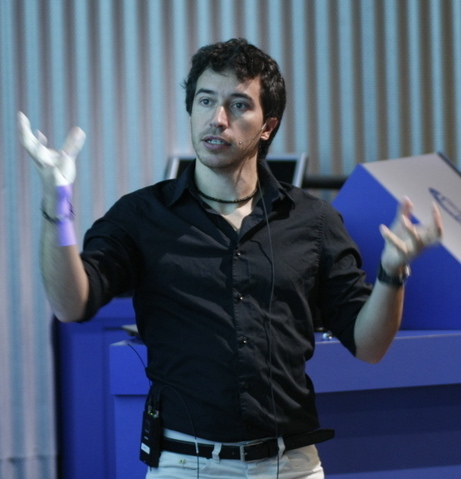 Antonio Montalban was born in Uruguay. He obtained his Licenciatura en Matemáticas from Universidad de la República (UdelaR) in 2000 in Montevideo, Uruguay. After that he attended Cornell University where he was obtained a M.S. in Mathematics in 2002, a M.S. in Computer Sciences in 2005 and a Ph.D in Mathematics, under the direction of Richard Shore, in 2005. Montalban received the 2005 Sacks Price, awarded every year by the Association of Symbolic Logic to the writer of the best Ph.D. thesis in logic.

Montalban works in Mathematical Logic and, within Logic, he focuses on Computability Theory.  Logicians, have developed techniques to analyze and understand the complexity of many sorts of objects, including sets, structures, constructions, proofs, and so forth.  Computability Theory deals with the complexity measures used on countable objects, in contrast with, for instance, computer science or set theory, which mainly deal with the complexity of finite objects or uncountable objects, respectively. Montalban’s research studies the interplay between complexity and mathematics, his book “Computable Structure Theory - Part I” is currently underway and a draft can be found on his professional website. He also was named AMS Centennial Fellow in 2009 by the American Mathematical Society and Packard Fellow in 2010.