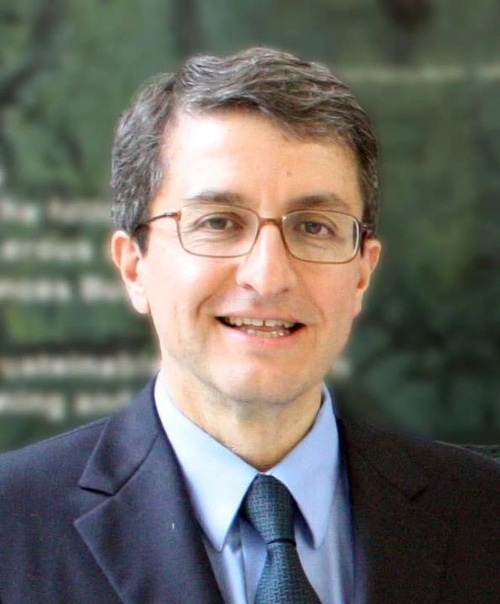 Dr. Alejandro Adem is a Professor of Mathematics at the University of British Columbia in Vancouver, Canada. Since 2015, he is also CEO and Scientific Director of Mitacs, a non-profit Canadian organization focused on developing university/industry connections through internships for graduate students.

Dr. Adem received his BS from the National University of México in 1982, and his Ph.D from Princeton University in 1986. He held a Szegö Assistant Professorship at Stanford University (1986–89) and held a faculty position at the University of Wisconsin-Madison from 1989 to 2004, where he served as Chair of the Department of Mathematics from 1999 to 2002. He was appointed as a Canada Research Chair in Algebraic Topology at the University of British Columbia in 2004 and served as Director of the Pacific Institute for the Mathematical Sciences from 2008 to 2015.

Dr. Alejandro Adem has held visiting positions at the Institute for Advanced Study in Princeton, the ETH-Zurich, the Max Planck Institute in Bonn, the University of Paris VII and XIII, and Princeton University. He is a highly regarded researcher in mathematics, with manypublications in his name; he has delivered over 300 invited lectures about his research around the world and supervised a multitude of Ph.D. students and postdocs.

He has received numerous distinctions, including a Sloan Doctoral Dissertation Fellowship (1985), a US National Science Foundation Young Investigator Award (1992), a Romnes Faculty Fellowship (Wisconsin Alumni Research Foundation, 1995), a Vilas Associate Award (University of Wisconsin, 2003), a Canada Research Chair (2004), Fellow of the American Mathematical Society (2012), and the Canadian Mathematical Society’s Jeffery-Williams Prize (2015) for distinguished research. Since 2013, Alejandro Adem has served as the Managing Editor of the American Mathematical Society’s Transactions and Memoirs. He serves on multiple scientific and governance boards for the worldwide mathematical sciences community.

Adem’s work has focused primarily on the interplay between algebraic topology and the cohomology of groups. This has involved analyzing questions about transformation groups, representation theory, orbifolds, K-theory, etc. He finds the mixture of techniques and ideas from topology and algebra very stimulating and greatly enjoys working with students and postdocs.

“In my opinion this is a great occasion to celebrate the wonderful mathematical contributions of the Hispanic community. Our challenge is to ensure that our students get the best opportunities to fully engage in the beauty and power afforded by mathematics in research, business and everyday life.” -Alejandro Adem