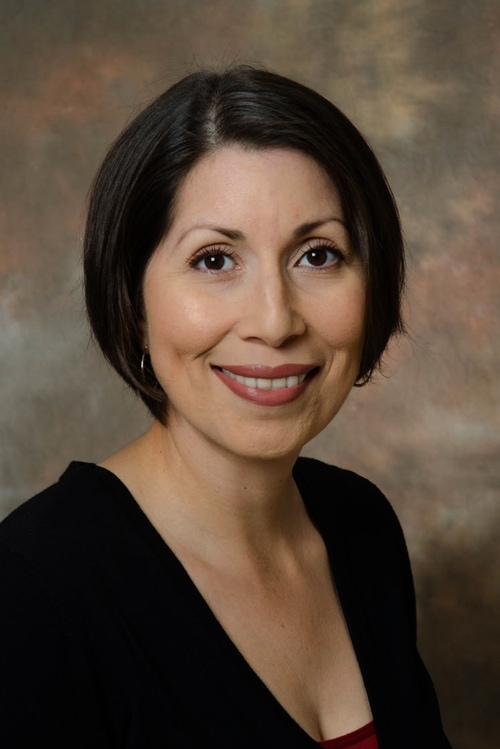 Alejandra Alvarado is Associate Professor of Mathematics at Eastern Illinois University. She grew up in San Jose, California, the only child of Mexican parents, each having less than an eighth grade education. She always loved math and enjoyed school, but the resources to challenge her were not there. Through a friend, she learned of the José Valdés Math Institute, a summer program to “improve the mathematics education landscape” in the community. This was the challenge she longed for. She had such a rewarding experience, she returned as a teaching assistant and instructor.

Growing up, Alejandra made some choices that created difficult circumstances in her life. She had her daughter at 17, and was divorced by 20. With the support of her mother, she received her B.S. in Applied and Computational Mathematics, with a minor in Physics from San Jose State University. She went on to earn her M.S. from the University of Arizona and Ph.D. from Arizona State University.

Her first year in graduate school was incredibly difficult and emotionally draining. Serendipitously, Alejandra learned of a summer math program called EDGE whose goal is to "strengthen the ability of women to obtain a Ph.D. in the mathematical sciences". This program reinvigorated her passion to finish her doctoral degree. She has been involved first as a participant, later as graduate student mentor, faculty mentor, and finally, local co-organizer. If it wasn’t for the mentorship received throughout her academic journey, and programs to improve the retention and graduation of minority students in STEM, such as the McNair and Sloan Scholars Programs, she would not be where she is today. Because of this, her most important achievement is obtaining a Ph.D., while raising a hard working and conscientious daughter.

Alejandra’s research interests are in number theory. She has investigated parametric solutions to certain Diophantine equations. In particular, she has studied arithmetic progressions on curves by translating the ideas to the study of rational curves on surfaces. More recently, she has investigated numerical approximations to Shabat polynomials, a certain type of Belyi map.

“As a Chicana Mathematician, I strive to be the role model for students of color, that I did not have growing up. Mentorship has played an important part of my life, and I believe it is critical in increasing the minority representation in STEM.”