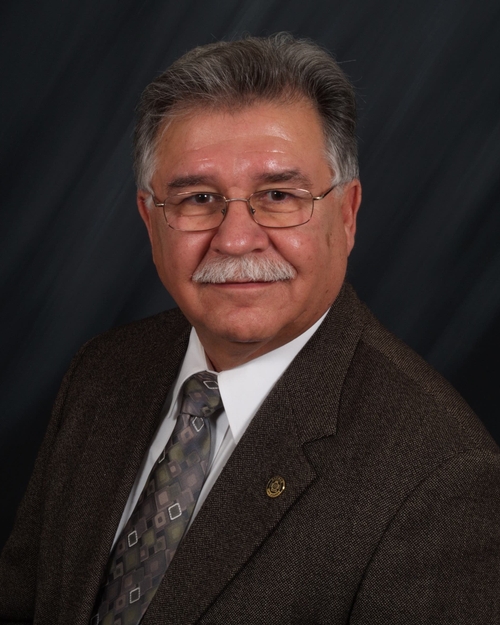 William Vélez was born in Tucson, Arizona. Both of his parents were born in Sonora, Mexico. He grew up in the warm embrace of the Mexican communities in Tucson and Sonora. In 1964, he began his university studies with a very rocky first semester (he earned 9 units of Ds, 4 in chemistry and 5 in math). In that first semester he dropped calculus and it was an affront to his pride. He then retook it. By his sophomore year he was taking physics and mathematics and decided then that he was going to earn a PhD in either physics or mathematics. He spent countless hours in the science library reading books on the history of mathematics and physics. He was not a good student and advising at that time was horrible. Several mathematics faculty suggested that mathematics was not for him. He completed a BS in mathematics, with a minor in physics in 1968. From 1968-70, he served aboard the aircraft carriers, USS Yorktown and USS Kearsarge in the US Navy. He made two tours to Vietnam while on board these two ships.

In 1970, William applied to graduate schools and almost everyone turned him down. The University of Arizona accepted him and he completed a doctoral degree in 1975. His first professional position was at Sandia National Laboratories in Albuquerque, NM, where he worked on the Command and Control of Atomic Weapons systems. In 1977, he returned to academia and accepted a position at the University of Arizona. He currently holds the rank of Professor of Mathematics and University Distinguished Professor. He has always been interested in the ways that mathematics is applied and for four summers, beginning in the late 1980s, he worked at the Naval Ocean Systems Center in San Diego, CA, on communication systems for submarines. He earned four patents for this work.

William began graduate school thinking that he was going to study group theory. But as often happens to graduate students, it is interactions with faculty that eventually determines research interests. In his first year, Henry B. Mann, a number theorist, was the instructor for the algebra course and he encouraged William to pursue studies in number theory. William then wrote his thesis in algebraic number theory on the problem of determining how prime ideals decompose in radical extensions of number fields. Even as a graduate student he had the attitude that mathematics is applicable and in the summer of his fourth year in graduate school, he accepted an internship at Bell Laboratories in Murray Hill, NJ. His academic research has been in algebraic number theory and elementary number theory, though he did write a couple of papers in group theory. In 2017 William will turn 70 and retire from the University of Arizona. His future goals are to stay healthy and enjoy the next phase of his life.

William has had a very successful career. He measures this success by the fact that he has tremendously enjoyed all aspects of his professional life. Since he earned a PhD in mathematics, he feels has not had a job. He has lived an adventure. He spent so many hours lost in thought as he tried to understand mathematical ideas and create new connections. Applying mathematics has been a thrill for him, and teaching mathematics has been a joy. His last 20 years in academia has been spent in encouraging students to take more mathematics and to join in these adventures. A more difficult task that he has addressed has been trying to get mathematics departments to expend more energies on their undergraduate mathematics major programs with the goal of increasing the number of mathematics majors and increasing diversity. To more effectively reach this goal we need to encourage the minority community to increase the mathematical content of their program of study and to pursue graduate studies in mathematics based fields.

"There is tremendous mathematical talent in the Latino community. Academia does not need to look abroad for mathematical talent. It exists across the street from our universities, in our neighborhoods, among our people. We cannot let others decide that we cannot pursue mathematics. I didn’t and you shouldn’t either." - William Vélez