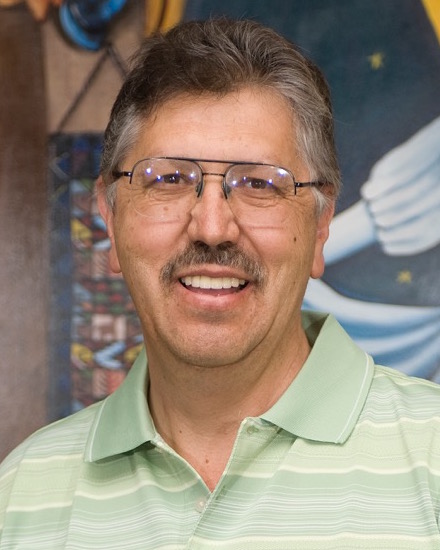 Rodrigo Bañuelos is a Professor of Mathematics at Purdue University. He received a BA from UC Santa Cruz (1978), an MAT from UC Davis (1980), and PhD from UCLA (1984), all in mathematics. He was a Bantrell Research Fellow at the California Institute of Technology (1984-1986), and a National Science Postdoctoral Fellow at the University of Illinois, Urbana (1986-1987). He was appointed Assistant Professor of Mathematics at Purdue University in 1987, promoted to Associate Professor in 1989, and to Full Professor in 1992. He received the NSF Presidential Young Investigator Award in 1989. He is a Fellow of the Institute of Mathematical Statistics, a Fellow of the American Mathematical Society, and the 2004 recipient of the Blackwell-Tapia Prize in Mathematical Sciences.

Bañuelos’s research is at the interface of probability and various areas of analysis, including harmonic analysis, PDE, and spectral theory. He has authored or co-authored over 100 research articles, one book, and several lecture notes for graduate courses. He has lectured widely on these topics at meetings in the US, Europe, South America, and Asia. He has served on editorial boards of several mathematics journals, including the Transactions and Memoirs of the American Mathematical Society, the Annals of Probability, and Revisita Matem\'atica Iberoamericana. He has served on many scientific committees, including the Scientific Advisory Council of the Mathematical Sciences Research Institute (MSRI) and the Board of Trustees of the Institute for Pure and Applied Mathematics (IPAM).

More information on Bañuelos’s academic activities can be found at http://www.math.purdue.edu/~banuelosRodrigo

Bañuelos has devoted considerable efforts to increasing the participation of underrepresented minority groups in the mathematical sciences. He is a life member of the Society for Advancement of Chicanos and Native Americans in Science (SACNAS). A biographical profile, part of the "SACNAS Biography Project,” can be found at http://bio.sacnas.org/biography/