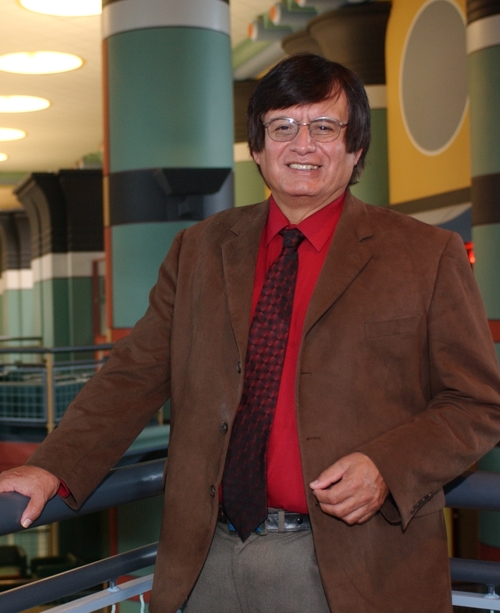 Richard Tapia was born in Los Angeles, California to parents who immigrated from Mexico. In 2010 he was awarded the National Medal of Science, the highest honor bestowed by the United States government on scientists and engineers. He is a mathematician in Rice University ’s Computational and Applied Mathematics Department and holds the rank of University Professor, the university’s highest academic title awarded to only seven individuals in the university’s history. Among his numerous other honors is the National Science Board’s Vannevar Bush Award and election to the National Academy of Engineering, the first Hispanic to receive these honors. He holds honorary doctorates from Carnegie Mellon University, Colorado School of Mines, University of Nevada, Claremont Graduate University, Portland State University and the University of Rhode Island. Two professional conferences have been named in his honor: the Richard Tapia Celebration of Diversity in Computing Conference and the Blackwell-Tapia Mathematics Conference. Tapia served on the National Science Board from 1996-2002. Because of his leadership, Rice University is recognized as a national leader in the preparation of women and underrepresented minority doctoral degree recipients in science, engineering, and mathematics.

Richard's research interests are in the areas of theoretical and computational optimization. In a current paper he has demonstrated that three well-known algorithms for the algebraic eigenvalue problem can be viewed as somewhat standard applications of Newton’s method from optimization theory. His next paper will be a completion of Euler’s approach to the classical isoperimetric problem.

"As a mathematics graduate student I often wondered why all Latino mathematicians came from foreign countries. I am happy that today many of us are domestic." - Richard Tapia