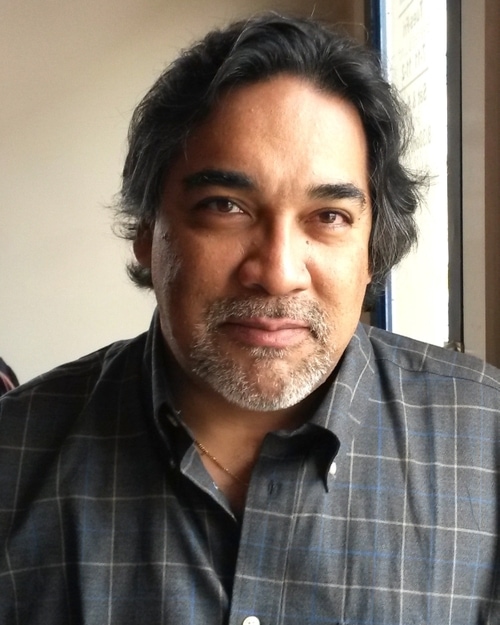 Ricardo Cortez was born in New York City and moved to San Salvador, El Salvador at the age of 4. He returned to the United States to go to college at Arizona State University where he received a B.A. in mathematics and a B.S. in mechanical engineering. He earned a Ph.D. in applied mathematics from the University of California at Berkeley in 1995 where he received the Bernard Friedman Award for outstanding dissertation research. He became an NSF postdoctoral fellow and Instructor at the Courant Institute at New York University for three years before joining the faculty at Tulane University in 1998. Early in his career he received a Career Enhancement Fellowship for Junior Faculty from Underrepresented Groups from the Woodrow Wilson National Fellowship Foundation and now Ricardo is the Pendergraft William Larkin Duren Professor of Mathematics and Director of the Center for Computational Science. For his mentoring work, he has been honored with the SACNAS Distinguished Undergraduate Institution Mentor award and the SACNAS Presidential award. He was the 2012 recipient of the Blackwell-Tapia prize for significant contributions to research and for serving as a role model for mathematical scientists and students from underrepresented minority groups.
‍
Ricardo is internationally regarded as a leading researcher in fluid dynamics and mathematical modeling. His research interests are in developing and analyzing computational methods for the simulation of biological fluid flows. His elegant and easily implemented method of Regularized Stokeslets has become a standard computational framework for engineers and physicists studying fluid flow around microorganisms. Throughout his career, Ricardo has promoted interdisciplinary collaborations, and continues to integrate computational investigations in joint research activities with experimentalists and applied scientists. Additional research interests include mathematical modeling and secondary mathematics education.

"The celebration of Hispanic Heritage Month provides an occasion not only to look back at accomplishments of Latinos in mathematics but also to conceive concrete opportunities to inspire new generations of Latinos and to promote Latino students and junior investigators in mathematics." - Ricardo Cortez