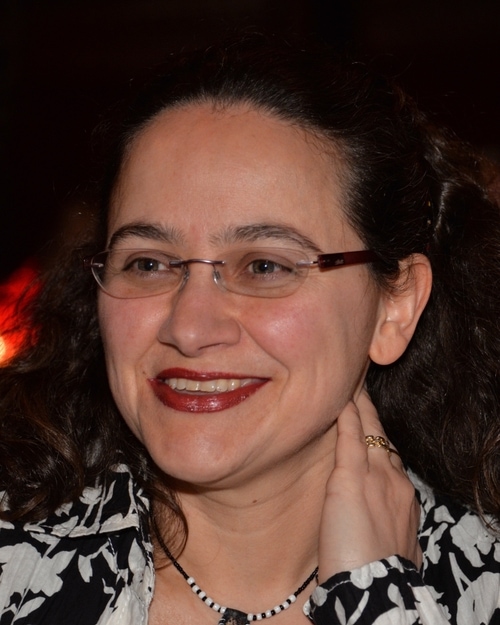 Mariel Vazquez is a Professor of Mathematics, and of Microbiology & Molecular Genetics at UC Davis. Vazquez obtained a B.Sc. in Mathematics from the National University of Mexico (UNAM) and a Ph.D. from Florida State University. After receiving her doctorate, she held appointments as a Postdoctoral Fellow/Visiting Assistant Professor at UC Berkeley. She joined the faculty at San Francisco State University in 2005, and the UC Davis faculty as a CAMPOS scholar in July 2014.
‍
She is recipient of numerous awards, including the 2016 Blackwell-Tapia Prize, the 2015 Dorothy Wrinch Endowed Lectureship at Smith College, a 2014 CAMPOS scholarship at UC Davis, the 2014 Mohammed Dahleh Distinguished Lectureship at UC Santa Barbara, a 2012 U.S. Presidential Early Career Award for Scientists and Engineers (PECASE), and a 2011 NSF CAREER Award. The PECASE honored her “for excellent interdisciplinary and international research at the interface of mathematics and biology, and for creativity and dedication to recruiting, training, and mentoring, and helping students from underrepresented groups achieve their goals.”
‍
Vazquez serves in the Human Resources Advisory Committee of the Mathematical Sciences Research Institute (MSRI). She has served on the Advisory Board at the National Institute of Mathematical and Biological Synthesis (NIMBioS). Vazquez has been actively involved with SACNAS as co-organizer of Scientific Symposia, as speaker and mentor, and she has also helped secure federal funding to support mathematics participation. She has been involved as organizer and keynote speaker at the Modern Math Workshop, sponsored by the NSF mathematics institutes. Mariel Vazquez works at the interface of mathematics and biology. Her research uses tools from pure mathematics (knot theory, low-dimensional topology, graph theory) to study important biological questions, especially the packing and function of DNA. For example, she has studied the topological changes – changes in shape – of DNA affected by enzymes, how chromosomes are changed by radiation and cancer, and how DNA is packed up within a cell. Her work, often collaborative, has provided keen insights in the packing of DNA and in the mechanism of enzymes involved in important biological processes such as DNA replication and DNA repair.

"The Census Bureau announced last year that Hispanics are the largest ethnic group in California, and the population of college-age Hispanics (of any race) is expected to increase continuously between now and 2060. According to a 2014 report by California State Office of Research, “in 2010 only 38 percent of the 1.9 million Latinos age 18 to 24 in California were enrolled in the state’s public higher education system.” Only 2% of Latinos age 18 to 24 were enrolled at the University of California. Furthermore, data compiled by the National Science Foundation shows that in 2012 less than 10% of bachelor’s degrees in science and engineering nationwide were awarded to Hispanic or Latinos. Of the ~590,000 total Bachelor’s degrees awarded in science or engineering a meager 1,277 degrees in math went to Hispanics or Latinos. I feel a strong sense of responsibility to serve as a role model and mentor to Hispanics, Latinos and other underrepresented minorities in STEM to help close this gap. Hispanic Heritage Month offers a wonderful opportunity to highlight the work of people whose faces are not often seen in our community, thus encouraging students of color to pursue a degree in mathematics and other STEM related fields." - Mariel Vazquez