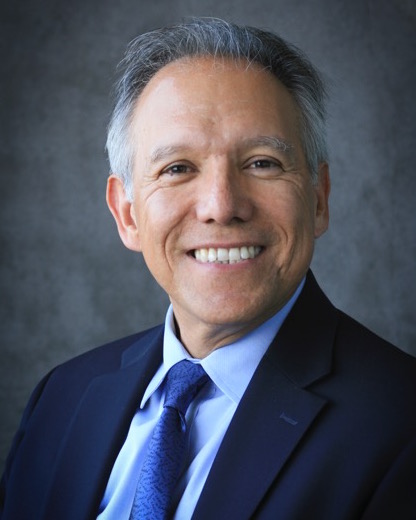 Juan Meza is Dean of the School of Natural Sciences at the University of California, Merced, having taken that position in September 2011. The school has programs in Applied Mathematical Sciences, Life and Environmental Sciences, Molecular Cell Biology, Chemistry and Chemical Biology, and Physics. He also holds a position as Professor of Applied Mathematics. His current research interests include nonlinear optimization with an emphasis on methods for parallel computing. He has also worked on various scientific and engineering applications including scalable methods for nanoscience, power grid reliability, molecular conformation problems, optimal design of chemical vapor deposition furnaces, and semiconductor device modeling.

Prior to joining UC Merced, Juan served as Department Head and Senior Scientist for High Performance Computing Research at E.O. Lawrence Berkeley National Laboratory where he led research programs in computational science and mathematics, computer science and future technologies, scientific data management, visualization, and numerical algorithms and application development. He held the position of Distinguished Member of the Technical Staff at Sandia National Laboratories and served as the manager of the Computational Sciences and Mathematics Research department before joining Berkeley Lab.Juan recently received the 2013 Rice University Outstanding Engineering Alumni Award and was named to Hispanic Business magazine’s Top 100 Influentials in the area of science. In addition, he has been elected a Fellow of the AAAS and was the 2008 recipient of the Blackwell-Tapia Prize and the SACNAS Distinguished Scientist Award. He was also a member of the team that won the 2008 ACM Gordon Bell Award for Algorithm Innovation.Juan has served on numerous external committees including the National Research Council Board on Mathematical Sciences and their Applications; DOE’s Advanced Scientific Computing Advisory Committee; the Human Resources Advisory Committee for the Mathematical Sciences Research Institute; the boards of trustees for the Institute for Pure and Applied Mathematics and SIAM; the Board of Governors for the Institute for Mathematics and its Applications; and the External Advisory Committee for the National Partnership for Advanced Computational Infrastructure.