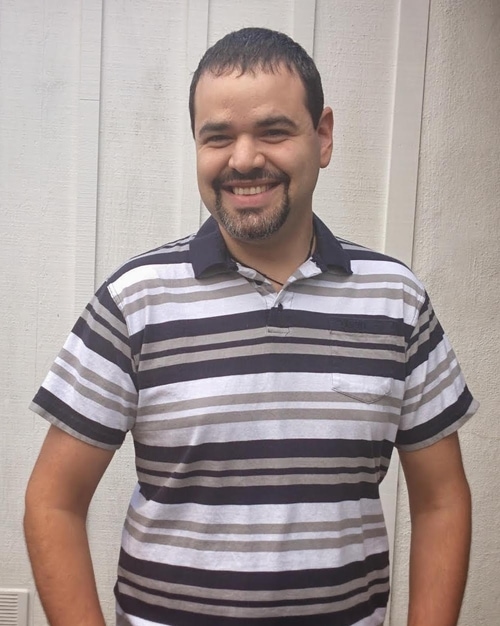 Edgar is a senior software engineer at Google, where he leads a team developing large scale machine learning systems for the Web. He is also a central contributor to Google's efforts to improve the representation of minorities in STEM. Edgar discovered his passion for science at a young age. Competing in the Math Olympiad throughout high school paved his way to undergraduate studies in mathematics at the Centre for Mathematical Research in Mexico. During this time, Edgar trained future Olympiad contestants in Mathematics and Informatics, and helped develop a training program that took his team from 7th to 1st rank in national competitions.

After graduating, Edgar completed his doctorate in computer science at The University of Tennessee, Knoxville with Michael D. Vose and Sergey Gavrilets. His research focused on the theory of search algorithms, and on biological simulations for speciation and social behavior. This included an expanded theory of No-free-lunch for black-box search algorithms, and a model of the emergence of egalitarian hunter-gatherer societies from hierarchical ape-like ones. As a postdoctoral researcher, Edgar continued to study the evolutionary bases of social behaviour through mathematical and numerical modeling, first with David Haig at Harvard University's department of Organismic and Evolutionary Biology, and later with Tom Wenseleers at the University of Leuven in Belgium. Applying Fourier analysis to spatially structured populations led to a new approach to modeling social evolution. Using game theoretic models inspired by the social insects, Edgar showed that corruption tends to naturally arise in societies with power inequalities, but that both corruption and inequality can be defeated through mutual policing. In addition, he developed models for the evolution of cooperative behavior in pathogenic bacteria and automatic programming of robot swarms. As a software engineer at Google, Edgar has developed efficient new index retrieval algorithms, and machine learning algorithms that accurately predict image utility.